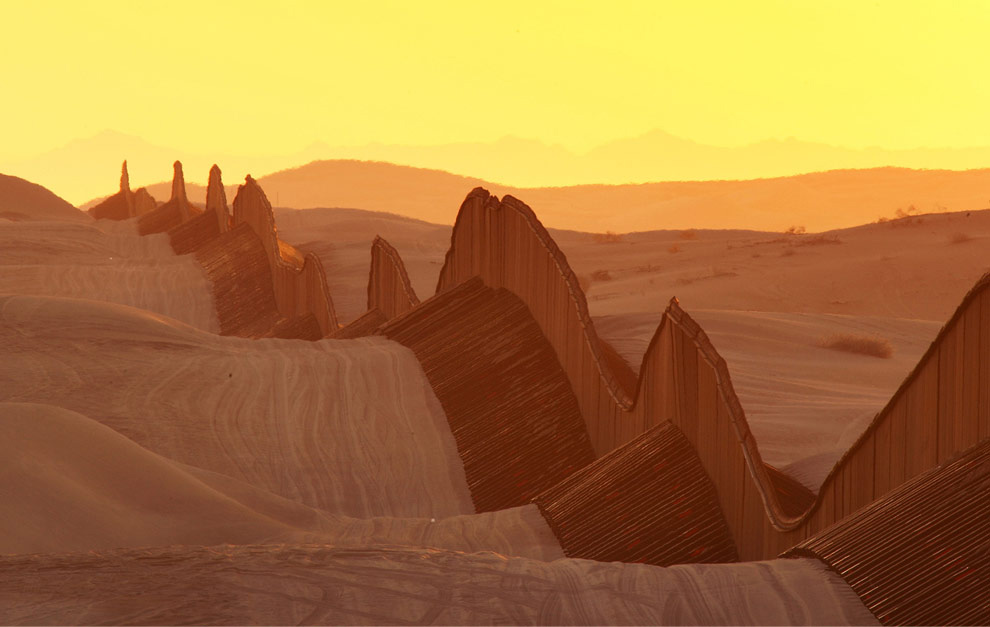 The Boston Globe has an amazing selection of the Year in Pictures up at its site (thanks @greatdismal), which includes this extremely science fictional image of the new Arizona border wall...that moves. http://www.boston.com/bigpicture/2009/12/2009_in_photos_part_1_of_3.html

A recently constructed section of the controversial US-Mexico border fence expansion project crosses previously pristine desert sands at sunrise on March 14, 2009 between Yuma, Arizona and Calexico, California. The new barrier between the US and Mexico stands 15 feet tall and sits on top of the sand so it can lifted by a machine and repositioned whenever the migrating desert dunes begin to bury it. The almost seven miles of floating fence cost about $6 million per mile to build. (David McNew/Getty Images)

The border, of course, is the ultimate fiction.
Posted by Christopher Brown at 10:42 PM

What would happen if the fences came down and we all became one nation?

It's only a matter of time, Lorraine. Watch and see if by 2030 demographic realities don't dictate that as a de facto reality.