A sketchy report on the Apollocon that was

Apollocon has come and gone once again, and I find myself with a cup that runneth over of enthusiasm and inspiration. This is a good thing, and the primary reason I find myself attending conventions these days. Writing is a solo endeavour, and the inherent isolation of the discipline can be wearying. New Braunfels, although being in the general proximity of San Antonio and Austin, is apart enough that I do not have regular writerly contact with other folk (other than online) and breaking this isolation, I have found, is essential to replenish the wellspring of creativity. This is partly in response to the stimulating flow of ideas that abounds, but mostly, I suspect, from my deep shame that everyone else appears far more productive than I. After having missed last year's edition due to conflicting obligations, it was good to reconnect with the Houston crowd, which differs in subtle ways from the Armadillocon and Aggiecon folks (although there is some natural overlap). For dinner, I tagged along with John DeNardo, Stina Leicht and Lawrence Person to the Cajun Town Cafe for some pretty darn good eats. Food, as everyone knows, is an integral part of the full con-going experience. 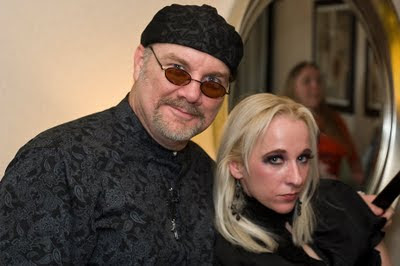 I admit to some trepidation in the early going. There were a variety of SNAFUs with scheduling, such that until Thursday night prior to the convention, I was not included on any programming. Fortunately, their crack team of pencillers-in got to work and before long I had a full slate of scheduling on which to hold forth. My contributions to Friday's Cthulhu panel were modest, since I've read only a few Lovecraft stories, but I did manage to enlighten the audience on the existence of Shoggoth On The Roof, which alone is worth the price of admission. Running hard all day, plus my general lack of sleep from the week before, caught up with me and I ended up calling it a night relatively early in the evening. Having only one real room party going on made the decision easier. Saturday got off to a sluggish start. My energy levels were low and overall I simply felt run down. I gave it the old college try during my three panels, but if I'm being honest, the audience is fortunate there were so many other knowledgeable folks up there on the dias with me, otherwise the discussion would've spiraled downward very quickly. 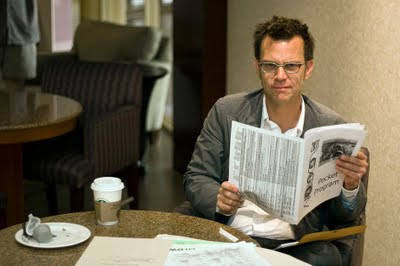 Once evening rolled around, however, my fatigue seemed to evaporate. I attribute that to the great people around me. I had a fun dinner with Ann VanderMeer, Rocky Kelly and Gabrielle Faust as well as the dinner crew from the night before. Ann and I had some entertaining conversations, but surprisingly never once did The Thackery T. Lambshead Cabinet of Curiosities come up, despite the fact HarperCollins releases it in just a couple of weeks. I've not had the chance to hang out with Gabrielle at a convention before, but she was great fun. And Rocky is always an upbeat and entertaining fellow to have around--I can't imagine a better convention guest. 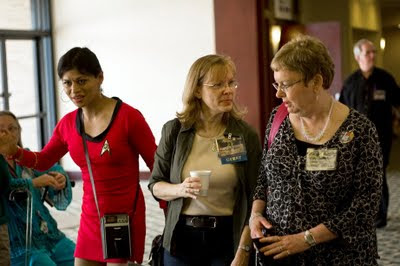 Somewhere along the line I found a few minutes to talk with Chris Nakashima-Brown about his planned revamp of the No Fear of the Future group blog, and caught up a little with Martha Wells, Bill Crider, Rhonda Eudaly, Alexis Glynn Latner and others, although the fleeting moments went by far too quickly. 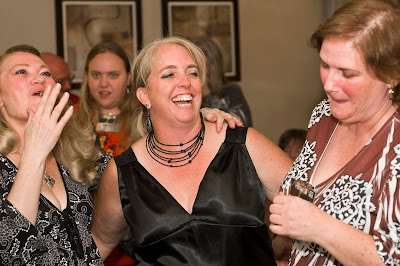 That buoyant energy carried over to Sunday, even though there were many excellent room parties Saturday night, and I found excellent conversations at each of them. Interestingly enough, my last panel of the con, Fire off! The Science Fiction/Fantasy Canon, proved to be the most entertaining and engaging of the weekend. With Alexis, Lawrence and Larry Friesen (Bill Crider had to leave early and missed it) we had a grand time pulling up a wide range of yesterday's classic authors and stories to give a sweeping list of worthwhile reading for someone looking to be well-grounded in SF and fantasy literature. Dante's Inferno was one early example, and we touched on a good number of 19th century writers before we even got to Verne and Wells. My contributions included Cilfford Simak, Leigh Brackett, James Tiptree Jr., Peter Beagle, Jack Vance and A.E. van Vogt. Others brought up Stapledon, Blish, Ballard, Dick, Zelazny, Burroughs, Kuttner, Le Guin, Norton and Lafferty, plus all the giants one would expect us to touch on. Interestingly, we often recommended reading works that weren't their best-known or most successful simply because some of those more famous works hadn't aged well. We were all struck silent for a moment when we realized that a significant amount of Greg Egan's work is now more than 20 years old, thus qualifying for "classic" status. 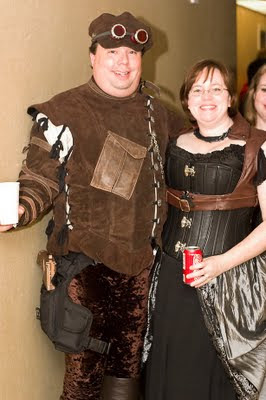 There didn't seem to be quite so many regional writers this year as in the past, but this was more than made up for by the steampunk contingent, a literary-cum-fashion movement that shows no sign of abating any time soon. And that's fine with me, as I find the retro-futuristic style endlessly entertaining. I also learned that, yes indeed, all the other writers and artists participating are far, far more productive than I, and I need to get my lazy butt in gear and stop wasting so much of my limited writing time typing out blog posts about conventions I've attended.
Posted by Jayme Lynn Blaschke at 10:51 PM

Email ThisBlogThis!Share to TwitterShare to FacebookShare to Pinterest
Labels: Apollocon