The Six(ty) Degrees of Sherlock Holmes

It's Sherlock Holmes' world, baby. We're just living in it (c'mon, you knew I'd be bringing up luchadors sooner or later here, didn't you?) Holmes worked with The Batman on the Power Records "Mystery of the Scarecrow Corpse." In the "Penguin's Nest" episode of 1960s Batman tv show The Batman, while climbing up a wall, encountered Lurch, from The Addams Family. On the "Behind the Eats" episode of Good Eats it was revealed that the disembodied hand which Alton Brown calls "Thing" is the son of Thing from the Addams Family. So Holmes exists in the same universe as Alton Brown. Edgar Burroughs mentions, in The Son of Tarzan, that a hotel proprietor would have consulted Holmes, had the man known of Holmes, so Holmes and Tarzan exist in the same universe. A descendant of Bukawai, a witch doctor from Burroughs' The Jungle Tales of Tarzan, attended Miskatonic University in Philip Jose Farmer's "The Freshman." Mulder and Scully visited Miskatonic University in The X-Files Annual #1. In an episode of Homicide: Life on the Street, Detective Munch arrested the Lone Gunmen from The X-Files. In an episode of Homicide, Alfre Woodward played Dr. Roxanne Turner, the same role she played on St. Elsewhere. On St. Elsewhere, Mr. Carlin, from The Bob Newhart Show, appeared as a patient. So Holmes exists in the same universe as Bob Newhart.

Holmes fought Professor Moriarty and Moriarty's lieutenant, Colonel Sebastian Moran. In Elizabeth Bear's "Tiger! Tiger!" Colonel Moran hears an incantation which uses the word"Hastur," the name of one of Lovecraft's Old Ones. Godzilla encounters the Old Ones in Marc Cerasini's Godzilla at World's End. So Holmes exists in the same universe as Godzilla. Oh, I can keep going.

Holmes encountered Dr. Fu Manchu in, among other places, Cay Van Ash's Ten Years Beyond Baker Street. In Lin Carter's "Perchance to Dream" Carter's Dr. Anton Zarnak mentioned that the Devil Doctor was an old enemy. In James Ambuehl and Simon Bucher-Jones' "The Case of the Curiously Competent Conjuror," Zarnak telepathically communicates with Dr. Anton Phibes. So Holmes exists in the same universe as Dr. Phibes. 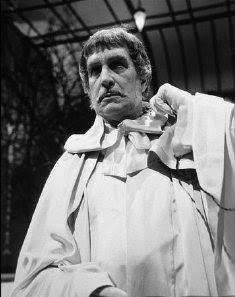 Holmes met Billy Bunter in Val Andrews' Sherlock Holmes and the Greyfriars Mystery. Billy Bunter sees the ghost of Dr. Syn, the Scarecrow, in The Magnet #1541. Dr. Syn met Captain Jack Sparrow in the "Enter the Scarecrow!" issue of Disney Adventure Comic Zone. So Holmes exists in the same universe as Captain Jack.

I mentioned Holmes and Fu Manchu. Fu Manchu's nemesis, Nayland Smith, had a nephew, Lancaster Sneed, who appeared in Master of Kung Fu #75, wearing the very same blazer worn by the residents of the Village, from The Prisoner. In "On the Run," the final episode of The Bionic Woman, Jamie Sommers is sent to the Village for her own good. So Holmes exists in the same universe as the Bionic Woman. In Jeff Rice's The Night Stalker, Carl Kolchak includes, in the bibliography of his write-up of a case, Holmes' book, The Whole Art of Detection. In Mark Dawidziak's "Interview with a Vampire" Kolchack travels to Collinsport, Maine, where he meets Barnabas Collins. So Holmes exists in the same universe as Dark Shadows. 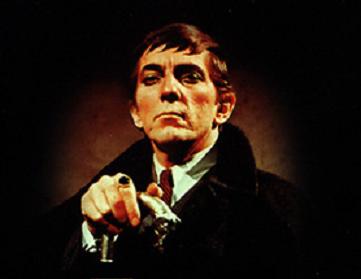 I mentioned Mulder & Scully. They met Jose Chung in the "Jose Chung's From Outer Space" episode of X-Files. Jose Chung appeared in the "Jose Chung's Doomsday Defense" episode of Millennium. Playpen magazine appeared in "Jose Chung's Doomsday Defense." As seen just last week, copies of Playpen magazine appeared on the Island in Lost. In the Lost episode "Homecoming" a character mentions that her father is "buying some paper company up in Slough," a reference to the British version of The Office. It's a given that Wernham Hogg, the paper company in The Office (U.K.), and Dunder Mifflin, the paper company in The Office (U.S.), co-exist. In the Las Vegas episode "The Story of Owe," mention is made of the Dunder Mifflin convention. In the Heroes episode "Collision," two of the characters go to the Montecito, the hotel where Las Vegas is set. So Holmes exists in the same universe as Hiro Nakamura, geek sex symbol for the 21st century. 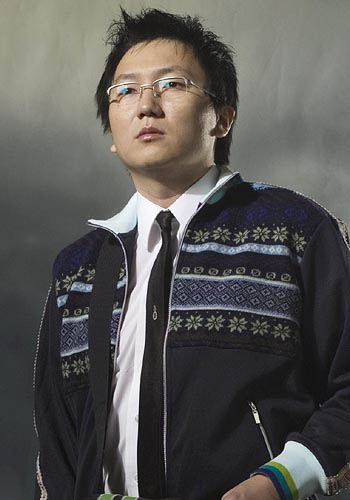 Sooner or later, everyone's a part of the Holmesverse. (I already am, thanks to Alan Moore). All your fictional universes are belong to Holmes. He's in ur c0ntinuity, c00pting your can0n. Give in. Resistance is futile.
Posted by Jess Nevins at 9:00 AM

Jess, you are a scary, scary man. But you already know that.

The most significant implication of all this, however, is that all of these universes are one in which exists a Bionic Bigfoot. I mean, no two ways about it, that's golden.

The Bionic Bigfoot! I'd completely forgotten about that.

Scary? What could you possibly be talking about?

Presumably you've seen this site, which demonstrates that 280 TV shows are all the product of an autistic boy's imagination.

I'm unable to get into that one right now, but I used this one (which I assume is a lot like it) for the tv crossover data.

Hey Jess! You don't need Dracula to get Holmes and UNCLE together- "The Dagger Affair" traces THRUSH's origins basically back to Moriarty himself. (Or at least, a late-nineteenth-century mathematician who was also controlled London's underworld.) dw

Oh, I know. But I wanted to do these links in circuitous and even ludicrous ways. Why drive the interstate when you can take a winding country road?

Sherlock Holmes appeared in the Doctor Who New Adventures novel All-Consuming Fire. So that means that the Wild Bunch are in the same universe as Doctor Who.

Ah, the Doctor is easy--I'd bring him in via Barbara Hambly's Ishmael.

JB, played by George Lazenby, also appears in the tv movie, THE RETURN OF THE MAN FROM UNCLE, which shares a plot with the first aborted, non Univeral Artists remake of Thunderball, a film that would eventually be NEVER SAY NEVER AGAIN. But I have to know, did the Bionic Woman escape the Village? I was a fantatic about the show as a kid, more so than THE SIX MILLION DOLLAR MAN, but didn't know there was a final season on another network until adulthood. I spent years wondering what happened to the Bionic Dog, and would really have liked to have known as a child, but never saw this last episode either.

Meanwhile, do you remember RIP TIDE? Didn't they, and SIMON & SIMON, both cross over with Magnum PI. And I think John Astin guest starred on at least two of these....

Holmes also met Batman in at least one issue of the comic, where Holmes attributes his longevity to bee jelly.

Holmes also encounters the Crystal Egg and Martian war machines in a Manly Wade Wellman novel. And he's mentioned in Kim Newman's Anno Dracula, which puts him in the same universe as anyone who's ever been in a vampire movie, as well as Superman, Hamish Bond, the Golem, Coppelia, Frankenstein's Monster, the Great Gatsby, Gomez and Morticia Addams, and Biggles.

It really is as addictive as the Bacon game, isn't it?

Lou--no, as far as I know, Jaime Sommers never escaped from the Village.

Jaime Sommers DID indeed escape the Village--and eventually married Steve Austin to boot. I cannot believe that you two guys missed 1987's The Return of the Six Million Dollar Man and Bionic Woman, 1988's Bionic Showdown and 1994's Bionic Ever After. Alas, no Sasquatch in any of those.

As for Riptide, man Lou, that was part of my ritualistic Tuesday evening time sink: The A-Team at 7 p.m., Riptide at 8 followed by Remington Steele at 9. Who could ever forget Murray Bozinski, the Screamin' Mimi and RoBoz? Kickin' theme music as well.

the Boz rocks - his backstory is still one of my favorite character backstories in tv - and he was Bill Gates before Bill Gates.

re: the Village - interesting, so they left her there? Did they intend it as a a final episode or a cliffhanger never fulfilled?

Well done, sir. We Sherlockians like to think that Holmes is everywhere and you've proven it.

This is fun... We've established that Holmes was in The Doctor Who novel All-Consuming Fire. The Doctor met Agamemnon in The Myth Makers. Agamemnon appeared in the film Time Bandits, and so did Robin Hood. Robin met Herne the Hunter in Robin of Sherwood. Sir John Falstaff believes Herne's real in The Merry Wives of Windsor. So Holmes is in the same universe as Falstaff.

But Falstaff only believes Herne is real, what if he's mistaken?

However Herne the hunter is in the book (and the TV series) of 'The Box of Delights' in which Patrick Troughton who played the 2nd Doctor plays the alchemist 'Lully' whose mentioned along with Nicholas Flamen in Harry Potter and The Philosopher's Stone: so not only has the 2nd Doctor two identical lookalikes (Lully, and the evil Salamander) but Holmes is in the same world as Harry Potter.