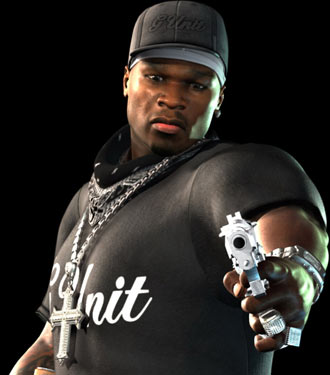 For those of obsessed with the strange overlaps between banal popular culture and contemporary geopolitical insanity (see, eg, "The Noriega Playlist") One of the most important revelations of the U.S. invasion of Iraq was the Iraqi obsession with...Lionel Ritchie. There was a great report about this from Nightline's John Berman in 2006:

I have been to Iraq nine times since the American invasion three years ago, for a total of about 10 solid months. (My wife is counting.) During that time, I have seen bombs and blood, I have seen rebuilding and restructuring, and I have seen death and democracy. So what have I heard? That's easy: Lionel Richie.

Grown Iraqi men get misty-eyed by the mere mention of his name. "I love Lionel Richie," they say. Iraqis who do not understand a word of English can sing an entire Lionel Richie song.

So I was very pleased to come cross this hilarious and genius Charlie Brooker rant about the Qaddafi variation of this phenomenon, at The Guardian:

Another famous star who reportedly performed for the Gaddafis is notorious pussy 50 Cent, the crybaby pant-shitting wuss whom I could definitely have in a fight. (Did you know his real name is Fifi Millicent? Don't tell him I told you, because he's terribly sensitive about it, and weeps huge cowardly tears out of his gutless baby eyes whenever it's mentioned. Also, he was born a girl.)

Fifi was paid an undisclosed sum to sing and dance like a fey little puppet in front of Mutassim Gaddafi at the 2005 Venice film festival. But while the other stars have been embarrassed by their (possibly unintentional) connection to a despotic regime, Fifi seems to have used his as the inspiration for a startlingly violent video game called 50 Cent: Blood on the Sand, released on the PS3 and Xbox 360 in 2009.

The game opens with Fifi Millicent performing a gig in an unnamed war-torn Middle Eastern country, in exchange for a $10m fee. When the mysterious promoter shows signs of not coughing up the money, Fifi and chums storm backstage, call him a "motherfucker" and shove a shotgun in his face. Terrified, he hands them a priceless Damien Hirst-style diamond-encrusted skull. Fiddy and co then bravely head for the airport in their armoured Hummers, only to be ambushed by armed insurgents. During the gunfire and confusion, a sexy woman appears from nowhere and steals the precious skull. "Bitch took my skull," whines Fifi, before embarking on an awesome odyssey of violence across the troubled Arabic nation, shooting and murdering anyone who gets in his way.

Who'd have thought someone like 50 Cent could lend his name to something so crass and stupid? It's almost as if he's an idiot. Still, perhaps openly embracing the despotic crossover in a video game is the way forward. How long before we see a game called Gaddafi Hero, in which you perform a series of upbeat numbers for Middle Eastern tyrants by pushing coloured buttons on a plastic guitar in time to the beat, while trying to drown out the nagging voice of your own conscience and the furious chants of the oppressed?

Check it out.
Posted by Christopher Brown at 5:29 AM