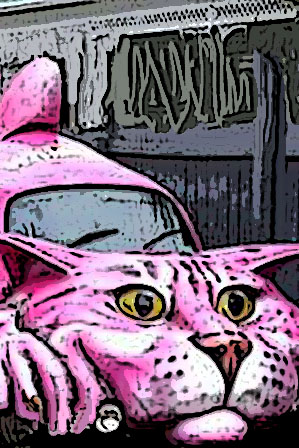 Looking for something to do to pass the time while you wait for the photos of Karadzic's disguise to appear in the press?

Over at The Infinite Matrix, editor and publisher Eileen Gunn has a new story by Serbian dissident activist writer Jasmina Tesanovic, "Cats and Cars," a beautiful fable about life and love and all the lingering melancholy of the twentieth century.

What went wrong? The big question. Or was it all right, somehow, the way it had gone? The big answer sprang to his mind: whatever happened should be recognized as the true state of affairs. So he loved that, and he accepted that as some kind of temporary answer.

Then another development: the kids started bothering him, asking him for money, food, attention. Being rude, not nice, not as his kids had once been. Then, he himself started growing bald, fat and bad tempered. Then something large and general went wrong in the part of the world in which he lived. People were menaced, they became unsafe, uneasy about their futures, about the sense of their life. The end of the century? Middle age crisis? Loneliness?

For an interesting bookend in a similar theme, check out Bruce Sterling's "The Denial," collected in Visionary in Residence. 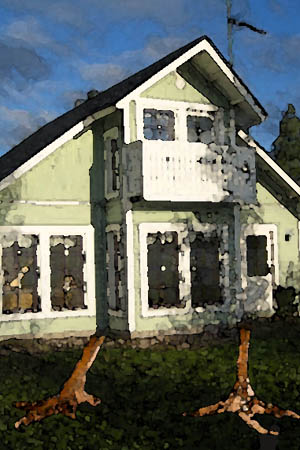 Eileen's new issue also has a Yana Dubynianska story, "Barge Over Black Water," and a reprint of Cory Doctorow's "Nimby and the D-Hoppers" from Asimov's 2003. Infinite Matrix is among the highest quality and most beautifully designed SF mags online; one can only wish it would go back to publishing new work more regularly.

If Nimby's not enough 2003 for you, you can rummage Eileen's archives for my "Script-Doctoring the Apocalypse," a bit of psyops fiction involving the use of Frank Frazetta as a Weapon of Mass Destruction. 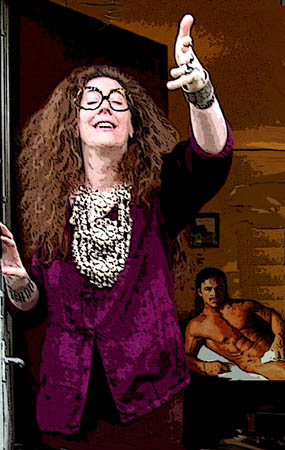 Posted by Christopher Brown at 8:47 AM