In Islamabad, while the October Surprise Osama hunt is underway in the tribal areas, the lords of chaos are enforcing a new check-out policy at the Mormon hotel. 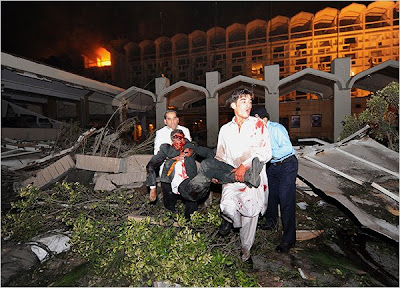 Meanwhile, in Hollywood, William Shatner rips off the German supermodel's clothes for laughs on national prime time. They still have the Emmy Awards? 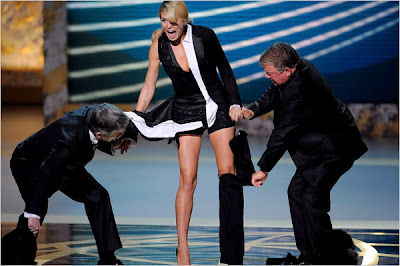 At Advertising Age, the folks in the glass half full department are spinning hard: "Marketers Take Some Solace in the Fact That Consumer Confidence Doesn't Have Far to Fall"

Little wonder that phamaceutical companies have invented new drugs whose incidental side effects include causing patients to have weird sexual dreams about celebrities and co-workers. 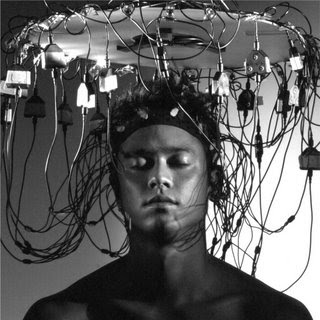 Remember David Duke? He's in Putin's Russia, which has apparently become the white supremacist's Ultima Thule. Just what we need — a bunch of FSB spooks training our rednecks in how to go guerilla during an Obama administration. How do you say Turner Diaries in Russian?

And at Ground Zero, they have discovered the secret sub-basements of the World Trade Center — glacial potholes no doubt containing trail marks to the secret core from old Arne Saknussemm. To you suppose the surface world's apocalypse will pass by Pellucidar? Do they have WiFi? Posted by Christopher Brown at 7:48 AM

Now David Icke will be able to prove the Bush-Mahar conspiracy to bring down the towers.

Back in the day, Col. Gaddaffi used to train the Brigatti Neri. they were a real high-point in right-wing craziness, David Duke compares to them like a yorkie to a pit-bull.