Playing the Queen of Diamonds

A lot of prisoners had it much worse—a lot of—a lot of prisoners had it much worse than I did. I’d been mistreated before, but not as badly as many others. I always liked to strut a little after I’d been roughed up to show the other guys I was tough enough to take it. But after I turned down their offer, they worked me over harder than they ever had before—for a long time—and they broke me.

—John McCain, in his acceptance speech

Al Qaeda terrorists still plot to inflict catastrophic harm on America, and he’s worried that someone won’t read them their rights?

—Sarah Palin, in her speech the night before

(Courtesy of Ken Silverstein at Harper's.)

The most surprising snippet of last week's Republican National Convention for me was the one black dude I saw. It must have been Wednesday night that featured Cowboy Troy, the bling-buckled dude from Dallas who straddles the train-wreck sub-genre of rapping country -- so-called "hick-hop." If you don't believe me, here's the misogynistic video for his hit Hick Chicks (Barn Dance Remix), which features goats, hay, and cage-dancing white chicks exploring some weird zone between Li'l Abner and a vintage Robert Palmer video, until things just get creepy with the handcuffed pie-eating contest:

I was pretty fascinated with the Cowboy Troy concept after I saw his Hick Chicks (Dance Mix) video last summer following the bizarre installment of a neglected reality show I somehow surfed my way into, in which diminutive rodeo cowboy Ty Murray (accompanied by his girlfriend, the Alaskan singer-songwriter Jewel) teaches a handful of has-been B-grade celebrities how to bull ride, including the guy who played Nitro on the original American Gladiators, Leif Garrett, Stephen Baldwin, and, I shit you not, Vanilla Ice.

Cowboy Troy is like the antimatter Vanilla Ice. So I was kind of bummed when I saw Cowboy Troy remixing the Pledge of Allegiance with white country stars Gretchen Wilson and John Rich during the convention.

Because I really think there are few things as un-American as the Pledge of Allegiance.

The Pledge of Allegiance is a loyalty oath, something a free people do not need mandated by their government. The subliminal fascism of such a practice is evident in the photos showing the original version of the flag salute, a tribal declaration of thoughtless identity, a rote recitation that conditions the mind of the child, like a secular variation on the Lord's Prayer. An anti-communist catechism that seems especially meaningless without the Cold War context in which it originally became widely mandated (with the addition of the "under God" part for good measure).

(For some reason I feel more tolerant of the even nuttier Texas variation that is also recited in our schools here — probably because I enjoy hearing first graders say, yes, "one state, indivisible.")

Cowboy Troy wasn't the only one mouthing the pledge during the Republican Convention. I swear I saw three or four variations, including one especially creepy version by a couple of red-dressed old ladies from the Stepford chapter of the Daughters of the American Revolution. (See it for yourself at around 2:30 into this C-SPAN feed of day 3:)

Appropriate, perhaps, that a tribal gathering devoted to the invocation of a grizzled P.O.W. hero be so rich with the tropes of nationalistic brainwashing. For the P.O.W. theme encodes within it all the darkness and duality lurking behind superficial narratives of patriotic heroism and sacrifice and wartime suffering.

The P.O.W. narrative is inextricably linked with the idea of brainwashing. This dates back to the Korean War, when Chinese techniques of torture and political indoctrination were credited with the high rate of defections among American prisoners of war. Early 1950s news reports noted the use of the Chinese communist phrase "xǐ nǎo" ("wash brain", 洗脑) to describe the party's techniques for turning dissidents, and the application of similar techniques to prisoners of war.

The methods of thought-control proved extremely useful when deployed for gaining the compliance of prisoners-of-war. Key elements in their success included tight control of the information available to the individual and tight control over the behavior of the individual. When, after repatriation, close control of information ceased and reality-testing could resume, former prisoners fairly quickly regained a close approximation of their original picture of the world and of the societies from which they had come. 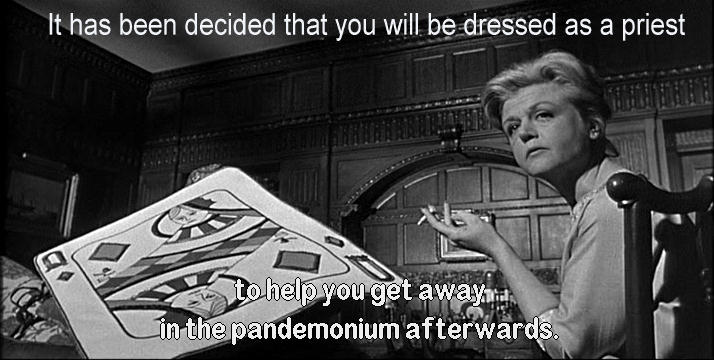 Richard Condon wrote a brilliant satirical thriller on this theme in 1959, The Manchurian Candidate, filmed in 1962 by John Frankenheimer. The scion of an American political dynasty is captured in Korea and brainwashed along with the rest of his platoon, serving as a robotic assassin helping implement plans for Chinese infiltration of the society. The ringleader, it turns out, is his own mother, who is scheming to catapult her McCarthy-esque husband into the presidency. The story is told through another member of the platoon, a career officer played by Frank Sinatra in the film, who begins to hack his own programming. The performance is full of jet black melancholy, an aging soldier carrying the emasculation and identity obliteration of the male soldier torture victim.

The idea of the P.O.W. in the post-WWII United States encodes a broken heroism. It's no longer the old boys sporting game of Steve McQueen headed for the border on his liberated motorcycle, the All-American pulp hero citizen soldier fighting the good fight for earnest values. The P.O.W. stories of the Cold War era carry corruption on both sides of the battle lines. The American government is revealed as the willing exploiter of the young men used as pawns in wars fought to protect more amoral material interests, and the system of values revealed as surprisingly vulnerable to attack from the putatively communist enemy — the American soldiers usually break. Welcome to the new century: Gary Cooper is dead, replaced by Kiefer Sutherland of 24.

The convention wrapped itself in red-white and blue, but it's subtextual flag was the black P.O.W.-M.I.A. flag. Something of a paradox considering McCain's role in the Senate Select Committee on POW/MIA Affairs back in the early 1990s. McCain was lambasted by many of the P.O.W. activist community for his service as the government's poster boy for normalization of relations with Vietnam, getting into famous rows with some of the members who wanted to run down the live sighting reports and other evidence. From a 1994 report by Sydney "Killing Fields" Schanberg:


These revealing passages [regarding evidence of pilot distress signals from photo surveillance of Indochina], however, belied the true nature of the Senate committee. It was dominated by a faction led by its chairman, the charismatic John Kerry of Massachusetts. This group wanted to appear to be probing the prisoner issue energetically, but in fact, they never rocked official Washington's boat, nor did they lay open the 20 years of secrecy and untruths. Thus, in their final report, issued in January 1993, after more than a year in operation, the conclusions as to men left behind were watered down and muddied to the point of meaninglessness.

And although a skilled and tenacious staff of committee investigators had managed to weave into the 1,223-page document sizable chunks of potent data that went a good distance toward exposing the POW story, some of the material never made it into the report. Significantly, the staff made the following finding, using intelligence reports that covered sightings only through 1989: "There can be no doubt that POWs were alive ... as late as 1989." This staff document was never released.

Two senators, Bob Smith and Charles Grassley, refused to go along with the majority finding in the final report that said there was "no compelling evidence that proves that any American remains alive in captivity in Southeast Asia." But their dissent was relegated to a tiny footnote. The footnote said the two could not accept this finding "because they believe that live-sighting reports and other sources of intelligence are evidence that POWs may have survived to the present."

Revealing that for McCain, "Country First" means giving primacy to the institutional interests of the military. Unsurprising for a third generation Naval officer who transitioned into politics by serving as the Navy's uniformed lobbyist in the Senate. He may not have been brainwashed as a P.O.W., but it is fair to be worried that a childhood as the son and grandson of Admirals, schooling at Annapolis, and subsequent career as a Naval officer produced a Starship Troopers-worthy paladin who equates patriotism with Pentagon. Recalling the Founders' admonitions about the essential need for civilian control of the professional military.

What would Chuck Norris do?

Posted by Christopher Brown at 10:52 AM