Frozen sperm of the stars and other poodled celebrities 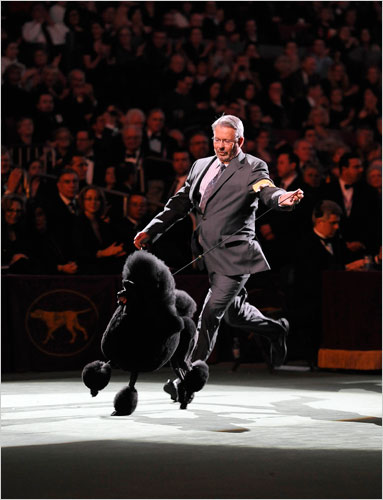 Today's NYT had an intriguing article about the latest technology for the breeding of champion dogs:

Every time Tim Brazier leads his dog Yes into the ring, he can’t help thinking of Snapper, another champion black standard poodle.

“It’s a trip down memory lane,” said Brazier, who won the nonsporting group with Yes, or Ch. Randenn Tristar Affirmation, at the Westminster Kennel Club Dog Show on Monday.

Yes, a daughter of Snapper, or Ch. Eaton Affirmed, shares her father’s sashay as well as his fluid movement and balance.

“And the little personal quirks, too, like cocking her head to the side, like he always did,” Brazier said.

Like father, like daughter, with a twist: Snapper died in 1990, 13 years before Yes was born. She was conceived using 25-year-old frozen sperm from Snapper, who sired more than 100 champions in his lifetime.

Which made me wonder how long it is before this technology is applied to humans. Consider, for example, the possibilities for the infertile members of the superclass to pay for the privilege of breeding their own new legal offspring using the harvested genetic material of dead celebrities. A more wholesome family variation on James Ellroy's meme from L.A. Confidential, involving a silver age high-end prostitution ring staffed by women who are dead-ringers for famous screen goddesses. Imagine a well-born little tot running around the house, with the adults whispering about Marilyn, or Brando, or Heath Ledger. Best in show? Surely a killer app for the propulsion of new genetic technologies, and a novel way to accelerate the de-evolutionary in-breeding of the very rich. 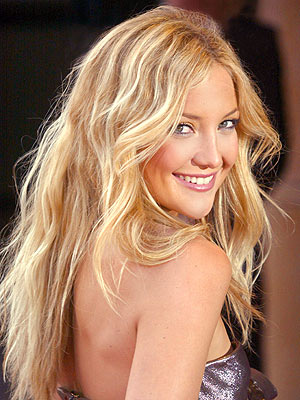 Personally, I think I could go for having my own little pet Charlton Heston, a square-jawed pre-teen who would have a different dystopian outfit for every day of the week — Taylor from Planet of the Apes, Neville from The Omega Man, the airline pilot from Airport 1975, the reporter from Soylent Green, the architect from Earthquake, the NRA President from Bowling for Columbine, maybe Moses on Saturdays. That would so kick that poodle's ass.
Posted by Christopher Brown at 9:29 PM