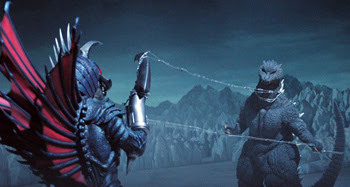 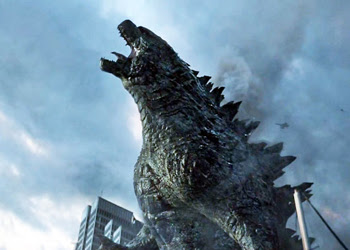 Keywords of the Zeitgeist

Posted by Christopher Brown at 3:47 PM No comments:

Decades ago, James Tiptree, Jr., wrote a disturbing story (did she write any other kind?) titled "Houston, Houston, Do You Read?" Not to spoil it for those readers who haven't gotten around to reading it over the past 40-plus years, but the premise involves a crew of male astronauts passing through a spatial anomaly on the other side of the sun, which catapults them far into the future where men have gone extinct, yet human civilization continues as a single-gendered Amazon society. Don't look now, but science is making Tiptree downright prescient: Primitive sperm cells have been cultured in a lab using human skin cells as the genetic source material. Go listen to, and/or read the story now. It's fascinating.

In a paper published in the journal Cell Reports, Pera and her colleagues describe what they did. They took skin cells from infertile men and manipulated them in the laboratory to become induced pluripotent stem cells, which are very similar to human embryonic stem cells. That means they have the ability to become virtually any cell in the body. They then inserted the cells into the testes of mice, where they became very immature human sperm cells, the researchers report.

Yes, the process is still in its infancy (no pun intended). There are many, many technical hurdles ahead before this technique might be used to produce a viable, mature sperm. And even then, there's no guarantee the technique might conceal some genetic roadblock (shortened telomeres, anyone?) that would make an embryo unviable. But even if this proves to be a genetic dead-end, it is still a tremendous breakthrough that will undoubtedly contribute greatly to other areas of genetic research. But if it does prove to be a practical, safe and stable technique once it is refined and perfected... The story came on the air as I was driving home with my eldest daughter, a 15-year-old as in to science fiction literature as I was at her age. She was fascinated by the story. "What obvious question did they not ask?" I said once the story ended. "They're talking about making viable sperm from human skin cells. Or human hair." "They could make someone's children without their knowledge or permission. That's creepy." "Yes, but take it further. They can make sperm out of any piece of skin, or hair," I said. "What happens if they take some of your hair..." And her eyes got big. I suspect the greatest demand for this process will not come from infertile men, but rather lesbian couples. Any children born of such unions would invariably be female, as the genetic code from the sperm mother could only contain an X chromosome. Beyond that, there is nothing standing in the way of women fathering children with other women. It's easy to forsee lesbian couples alternating pregnancies, with one being the sperm mother for the first baby, and then reversing roles for the second. It's as democratic as the reproductive cycle is ever likely to be. Men, obviously, would then be technically irrelevant, although for practical purposes I expect the Y chromosome to remain in demand amongst a large segment of the female population for some time to come. Step back even farther, and the implications are even bigger: We are already living in the much-ballyhooed "Singularity." Consider the evidence--genetic breakthroughs are coming at a breakneck pace. We're already custom-growing gall bladders and other simple organs in the lab for transplant, and within the decade higher organs such as kidneys, hearts and lungs will follow. Two decades ago, we hadn't confirmed the existence of a single extra-solar planet, and now not only have we charted thousands of them, we're analyzing their atmospheres and marking potentially habitable ones for future reference. Cars drive themselves. Private corporations are getting the U.S. into space more than NASA these days. People implant magnets into their bodies to give themselves additional senses. Bionics are a real thing. A single smart phone has more computer power than all the U.S. and Soviet spacecraft that participated in the moon race, combined. We live in the Cloud now, texting and tweeing and showing the world what we had for lunch. Higgs boson. Quantum computers. The list goes on and on and on, and in many ways has far outstripped even the most visionary speculative fiction writers of the previous century (although there are some, like Tiptree, who nailed it in passing). Change has come upon us so often and so fast that we, as a people, have become numb to it. Constant, relentless change has become the new normal. The Singularity isn't some distant spike looming over the horizon, it is upon us now. Only nobody has noticed. The Singularity Sperm is evidence of that.
Posted by Jayme Lynn Blaschke at 11:13 PM 2 comments: