Tonight the Mexican writers Bernardo Fernandez (aka Bef) of Mexico City and Pepe Rojo of Tijuana will be
reading at Book People to celebrate the publication of Three Messages and a Warning: Contemporary Mexican Short Stories of the Fantastic, our new anthology of Mexican fiction in translation. Bef is a novelist and comics auteur whose latest novel, the narco thriller Hielo Negro ("Black Ice") won the 2011 Grijalbo Prize. Pepe is a professor of media studies and fiction writer who received extensive coverage in 2011 for "You Can See the Future From Here," a 6-week series of science fictional interventions at the Tijuana-San Diego border crossing. At tonight's event, the authors will read from their contributions to the anthology, and discuss the role of the fantastic in Mexican culture and the Mexican perspective on the future.

Great Austin Chronicle story about the book by Roberto Ontiveros.

If you are in Austin, please come by the event—I promise it will be worth the trip.
Posted by Christopher Brown at 10:05 AM No comments:

"Variation on a Theme of Coleridge" by Alberto Chimal from Chris N. Brown on Vimeo.

The video embedded above features Mexican author Alberto Chimal reading his wonderful short short "Variation on a Theme of Coleridge" from the new anthology Three Messages and a Warning: Contemporary Mexican Short Stories of the Fantastic, which I had the good fortune to co-edit with Eduardo Jiménez Mayo, and which is being published by Small Beer Press this month.

As chronicled on this blog, I have had the good fortune to travel from Texas to Mexico on many occasions over the past three years. Those trips exposed me to the work of many younger and emerging Mexican authors of fantastic literature, and got me excited about the possibility of introducing their work to English-language readers. When my co-editor and I both independently pitched Gavin Grant of Small Beer Press on the idea of doing something to showcase contemporary Mexican short stories of the fantastic, Gavin was enthusiastic, and after a great deal of hard work—especially by my co-editor, who found the majority of the stories, and the dozens of volunteer translators who contributed their work—we have a wonderful volume of 34 diverse stories to share (introduced with characteristic insight and élan by Bruce Sterling).

The stories come from both the highbrow literary mainstream and the ghettos of genre—the authors insist a book collecting all of them under a single cover could never happen in Mexico. The stories represent a fresh literature of globalization—reflecting a multicultural 21st century society defined by electronic communications networks and the narratives and memes they feed into people's heads more than the usual folkloric signifiers of Mexican culture you might find at your neighborhood import shop. Our anthology showcases writers who use the tools of science fiction and slipstream to liberate themselves from the tropical languor of old-school magic realism, and express the authentic feeling of a media-drunk, technological mediated, postmodernly alienated contemporary life—one where if La Virgen appears, it will probably be in the lo-rez pixels of YouTube.

I will be posting more about these matters over the coming weeks (including many more subtitled video readings); in the meantime, here's more about the book from Small Beer Press:

"This huge anthology of more than thirty all-original Mexican science fiction and fantasy features ghost stories, supernatural folktales, alien incursions, and apocalyptic narratives, as well as science-based chronicles of highly unusual mental states in which the borders of fantasy and reality reach unprecedented levels of ambiguity. Stereotypes of Mexican identity are explored and transcended by the thoroughly cosmopolitan consciousnesses underlying these works. It is a landmark of contemporary North American fiction that deserves a wide readership."

“By turns creepy, self-consciously literary, and engagingly inventive, these 34 stories selected by translator-scholar Jiménez Mayo and writer-critic Brown offer some excellent and ghastly surprises. . . . These are punchy, ghoulish selections by south-of-the-border writers unafraid of the dark.”
—Publishers Weekly

“Encompassing a definition of fantasy that includes the extraterrestrial, the supernatural, the macabre, and the spectral, these stories are set in unusual locales and deal with bizarre characters. All are very short (some just two pages), and most offer a surprise twist at the end, though occasionally the only reaction these endings may elicit from the reader is “Huh?” The universal scope of the themes transcends the Mexican provenance; for example, one detects an apocalyptic influence in Liliana V. Blum’s “Pink Lemonade,” and Argentine Julio Cortázar’s “Bestiary” influences Bernardo Fernández’s “Lions.” Most of the volume’s 34 authors, half of whom are women, are relatively unknown to American readers, and for many of them, publication in this anthology represents their first exposure to an English-reading audience. The translations, several of which were done by the editors, convey the individuality, if not idiosyncrasies, of these tales. VERDICT This collection will appeal mostly to fans of fantasy and sf and, to a lesser degree, those interested in contemporary Mexican literature.”
—Library Journal

“When one talks to Mexican science fiction writers, the subject of ‘Mexican national content’ commonly comes up. Mexican science fiction writers all know what that is, or they claim to know, anyway. They commonly proclaim that their work needs more national flavor. This book has got that. Plenty. The interesting part is that this ‘Mexican national content’ bears so little resemblance to content that most Americans would consider ‘Mexican.’”
—from the introduction by Bruce Sterling

Table of Contents (not final order)


We've had an astonishing number of pre-orders for the book—you can get yours here:

Pre-order from Amazon.
Posted by Christopher Brown at 9:18 AM 1 comment:

(A gallery of screens found in a dissipating tributary of network culture.) 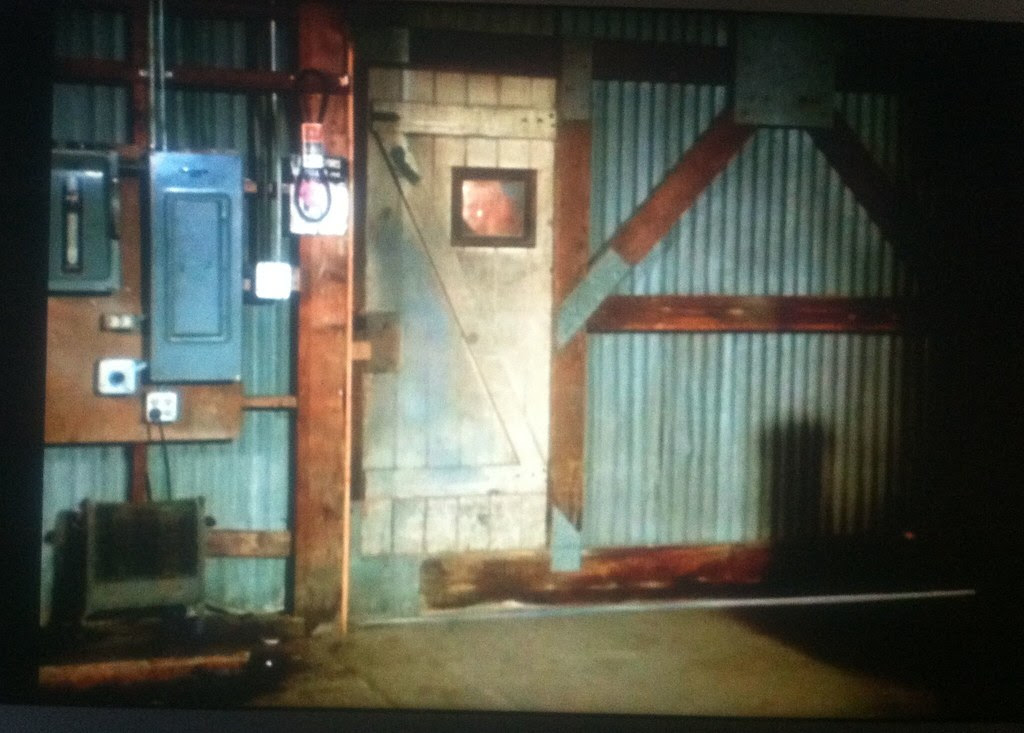 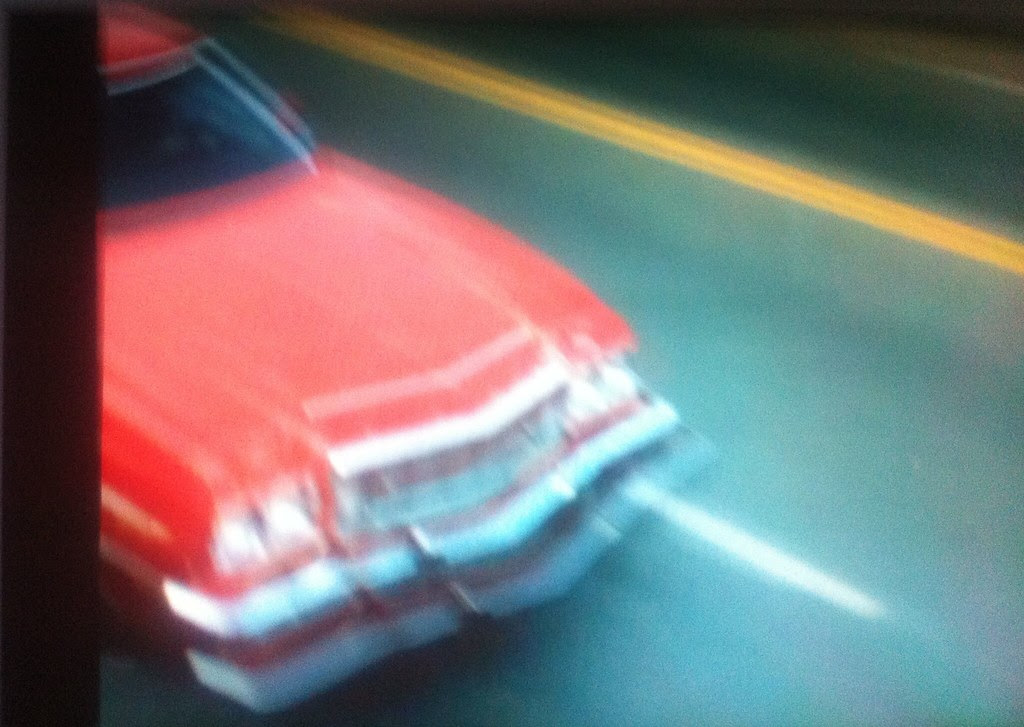 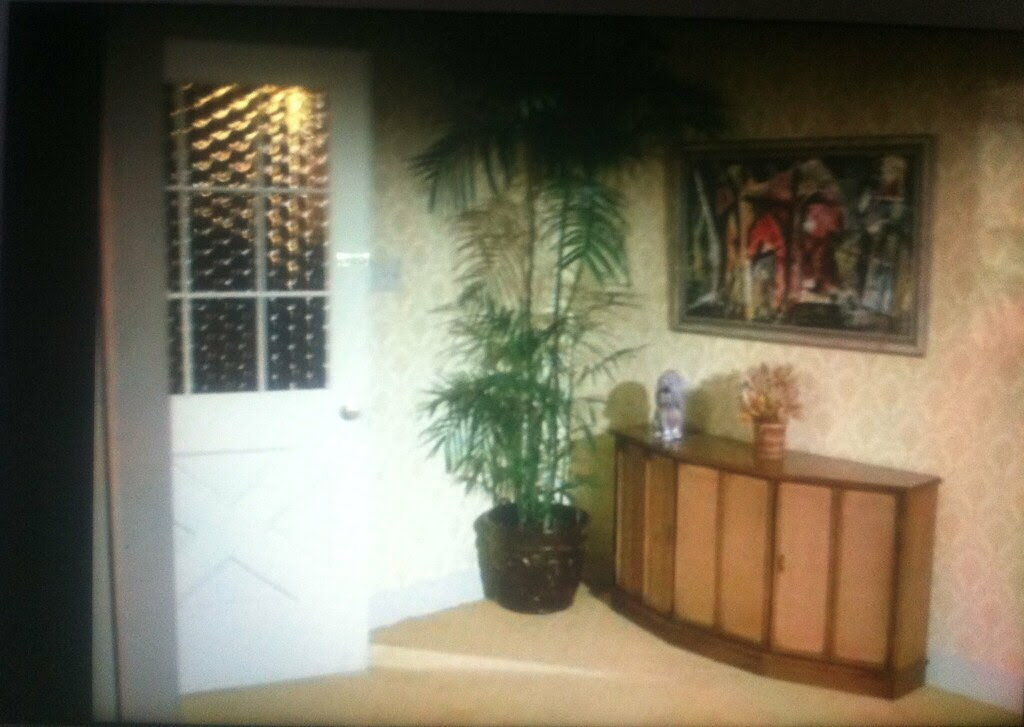 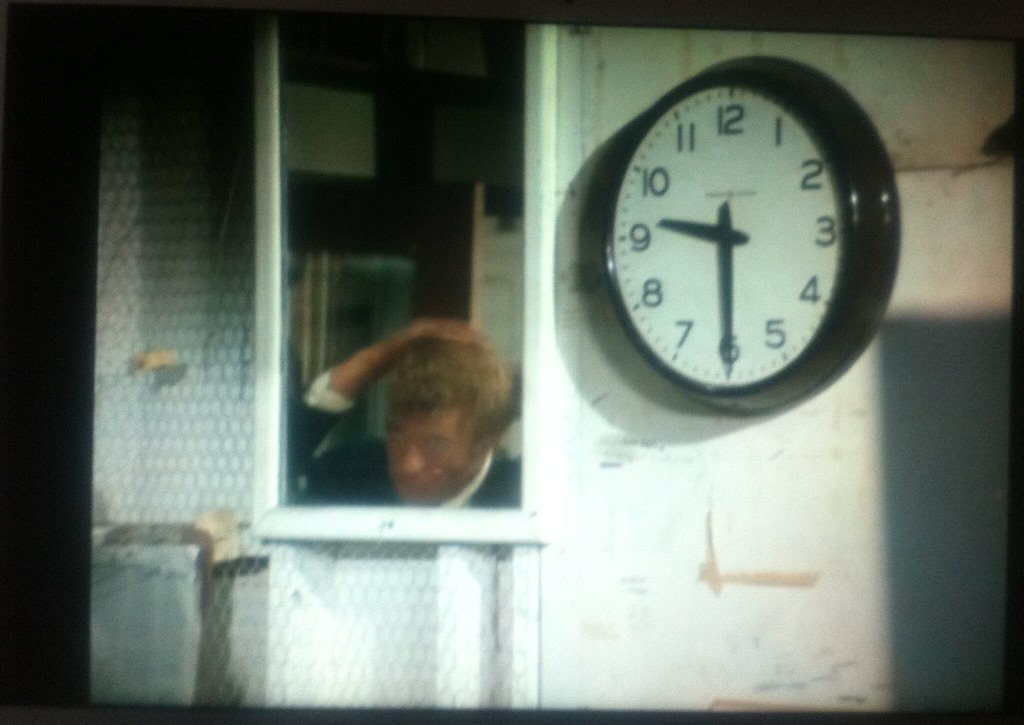 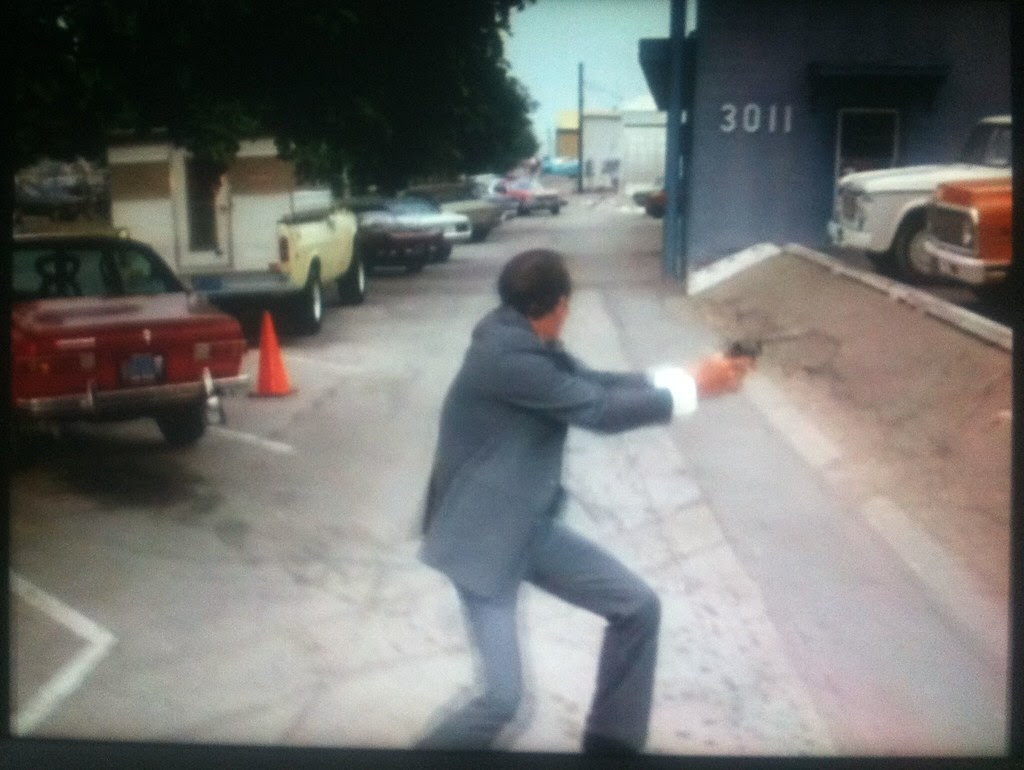 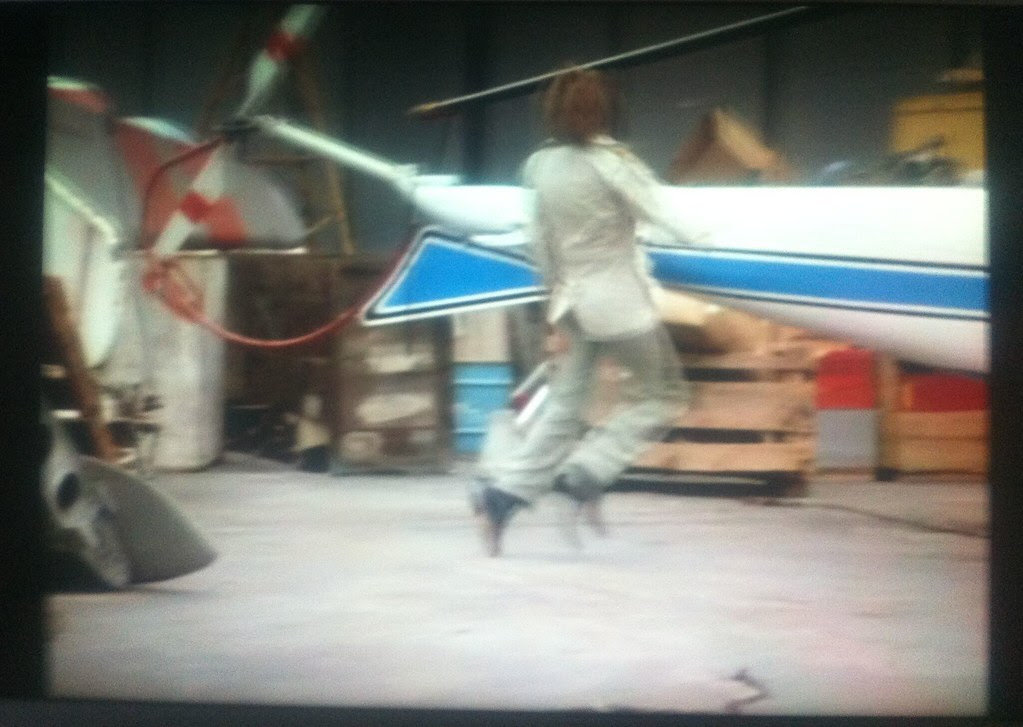 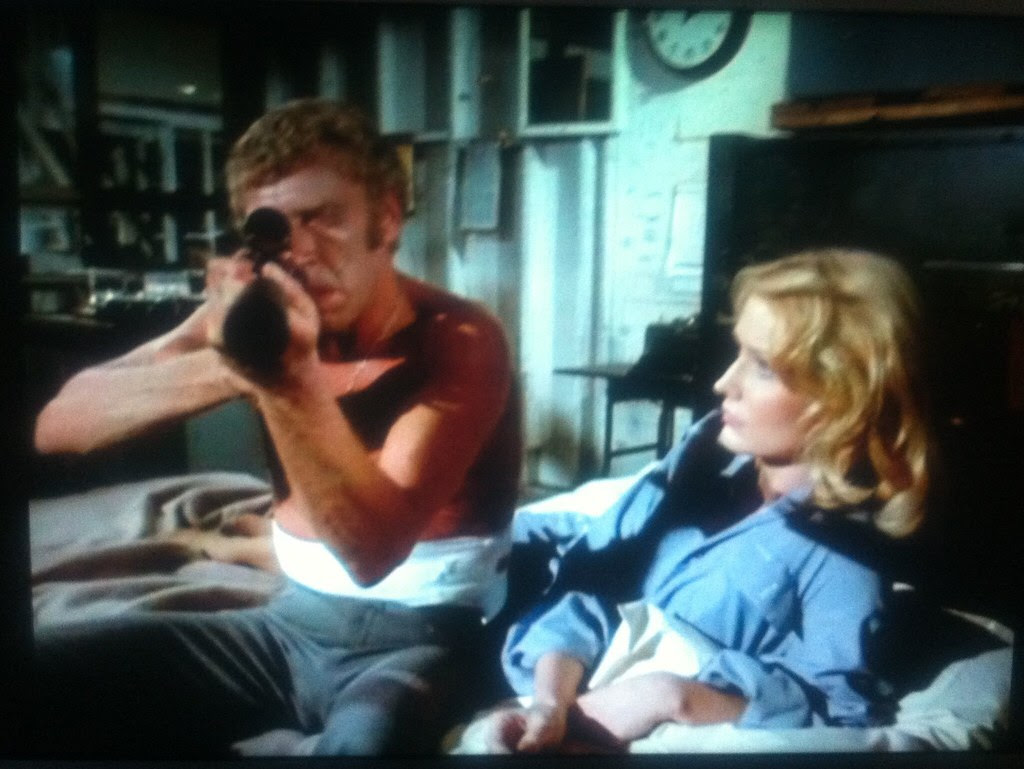