The front page of this morning's NY Times offers up a wonderful anachronism that mixes memories of Ron Burgundy-esque evening news in the 1970s with the postmodern semiotes of the GWOT: a courtroom sketch artist has been admitted to Gitmo to record the ongoing "courtroom" proceedings. With KSM front and center, no doubt getting ready to launch into one of his Shatnerian comparisons of himself to George Washington. 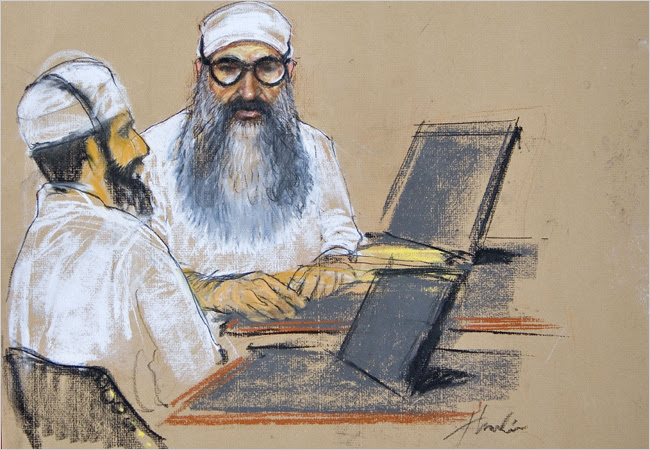 Which makes me wonder which of the great television defense lawyers is going to be pictured gesticulating dramatically to the imaginary jury. I bet he will look a lot like Raymond Burr.

And, which makes me wonder if it is a mere accident the logistical mastermind behind the September 11 attacks is a dead ringer for EC Comics and Mad Magazine impresario William Gaines.

With a little Gandalf the Grey mixed in, natch. Maybe a little magic moth is preparing to alight on the window of his tropical cell. 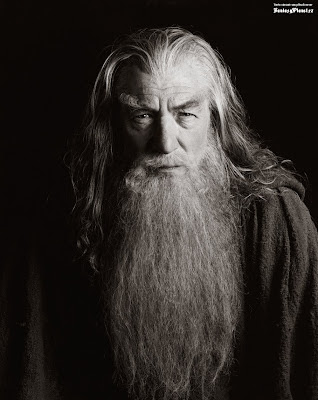 You be the judge.
Posted by Christopher Brown at 7:55 AM