The new election-themed issue of Steve Erickson's Black Clock has an absolutely amazing new story by Jeff Vandermeer, Goat Variations Redux, a beautiful lunatic chamber music orchestrating a cinematic dance of our crazy 21st century political-pop cultural semiotes. Like uncovering a secret tome of Mike Resnick's Alternate Presidents with contributions from Burroughs, Kafka, and Donald Barthelme, dedicated to the bathysphere exploration of the fathoms of cultural narrative negative space lurking within and beyond the moment when the 9/11 attacks were disclosed to our current president.

I: He's wearing a black military uniform with medals on it, sitting in the chair, reading. He's much fitter, the clothes tight to emphasize his muscle tone. But his face is contorted around the hole of a festering localized virus, charcoal and green and viscous. He doesn't wear an eye patch because he wants his people to see how he fights the disease. His left arm is made of metal. His tongue is not his own, colonize the way his nation has been colonized, waging a war against bio-research gone wrong, and the rebels who welcome it, who want to tear down anything remotely human, themselves no longer recognizable as human. His aide comes up and whispers that the rebels have detonated a bio-mass bomb in New York City, now stewing in a broth of fungus and mutation: the nearly instantaneous transformation of an entire metropolis into something living but alien, the rate of change becoming strange and accelerated in a world where this was always true, the age of industrialization slowing it, if only for a moment. "There are no people left in New York City," his aide says. "What are your orders?" He hadn't expected this, not so soon, and it takes him seven minutes to recover from the news of the death of millions. Seven minutes to turn to his aide and say, "Call in a nuclear strike." What will happen? What will change? He doesn't even care, just wishes his metal arm would stop throbbing. 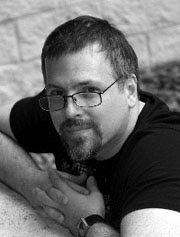 The piece continues with vignettes of alternate McCains, Hillaries, and Obamas, like this:

2. President Hillary Clinton is one of the first into Kansas City, at the head of an armored column of tanks, mobile missile launchers and prisoners of war, stripped of their Ecstatic insignia. It's largely symbolic, since Clinton took the Heartlands by rendering vast stretches of it uninhabitable through tactical nukes and ceding special reservations, mostly in the Western states, to the Doberzees, so she could stop fighting a two-front war. But she takes an unguarded, well-earned satisfaction in the pageantry, the bodies of the defeated lining the route forced to display the smiles and waving of a people being liberated.

The best example of political fabulism I have seen. And the whole issue is full of similarly powerful fun stuff, like Sean Howe's "Haldeman Agonistes" and Lynne Tillman's "Madame Realism's Conscience."

The perfect antidote for cathode ray political mind pollution. If only we could arrange for it to be read live on prime time, with individual sections performed by Anderson Cooper, Bill O'Reilly, and Larry King.

Go buy it!
Posted by Christopher Brown at 9:30 AM