The politics of apocalypse

The new issue of Reason has a very nice article, now online, about Tor Books and science fiction as a libertarian intellectual playground. With a compelling thread, I think, about the impact SF can have in introducing new ideas to the next generation:

Scratch a civil libertarian, and you’ll often find a 15-year-old who read a lot of Philip K. Dick. Ask a college guy protesting censorship at his student newspaper for his inspirations, and there’s a good chance Ray Bradbury’s Fahrenheit 451 will come up. Meet someone who thinks there might be an upside to anarchy, and you have probably found a girl who once read Ursula K. LeGuin’s The Dispossessed or a boy who loved Neal Stephenson’s Snow Crash.

“I suspect S.F. has an individualistic, antiauthoritarian trend to it not least because so many of the people who read and write it (not all by any means, but quite a few) are innerdirected introverts who make neither good leaders nor good followers,” emails Harry Turtledove, a best-selling author whose most famous novels pose questions about contingency in history and the importance of individual action. “Am I talking about myself? Well, now that you mention it, yes. But I ain’t the only one, not even close.”

Patrick Nielsen Hayden, the goateed and bespectacled Tor eminence who edited two of the house’s Prometheus finalists this year, draws a direct line between youthfulness and openness to libertarian ideas. “Young people read fiction to figure out how the world works,” he says, “and science fiction is an extremely effective, quick way of testing your views of how the world works.” Paraphrasing the late novelist and critic Thomas Disch, Hayden says, “Enormous quantities of science fiction and fantasy are about power, and who needs power fantasies more than teenagers, people who have a little bit of power for the first time in their lives and need to think about how power works?”

Topically, I had an interesting debate regarding the politics of mainstream post-apocalyptic scenarios with Matthew Bey Friday night (as we waited for the skronking horns of The Thing's "Viking Barbeque Jazz" at the 20th anniversary of the official lunch venue of the Turkey City Writer's Workshop, Ruby's BBQ (yes, they will mail it to you)). The discussion was queued by my wrestling with the issue in an essay-in-progress, with particular reference to my own adolescent immersion in a post-apocalyptic potpourri that even had me at one point mapping out the radioactive ruins of my hometown for a Gamma World scenario.

I postulated that the persistence of post-apocalyptic scenarios (as well as many disaster movies) expresses a latent yearning for the destruction of the state apparatus and the abolition of private property. At a deeper psychological level, I argued that the idea of roaming a depopulated earth rummaging for useful artifacts articulates the extent of our individual alienation in a thoroughly commodified society.

Matt had a different take on the private property aspect, contending that most-apocalyptic scenarios indulge libertarian fantasies. And that a credible Marxist reading would focus on the persistence in the stories of groups who obtain control over some scarce resource (think of the settlers in Mad Max 2/The Road Warrior) and use it as the base of their power over other survivors.

I suspect we are both right, and that post-apocalyptic scenarios, just like space operas and alternate histories and near-future dystopias, are perfect counterfactual playgrounds for experimental political theory. 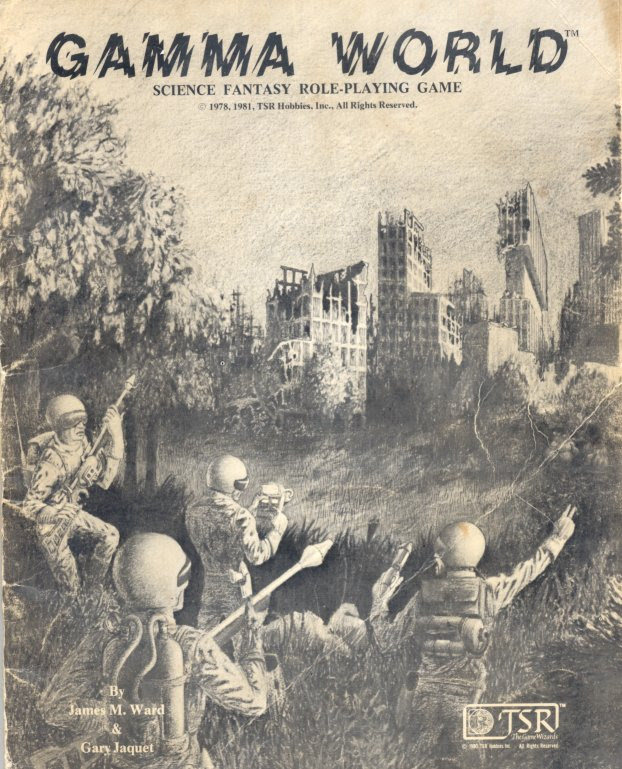 Posted by Christopher Brown at 8:18 AM

Charles Stross made an ironic observation that he and fellow Scottish socialist sci-fi author Ken Mcleod have won the libertarian Prometheus Award.

It is interesting to investigate what sci-fi authors of different political stripes have in common.

Yes, SR, I think there are few science fictions of quality that don't contain some experimental political theory that's open to a lot of divergent interpretations. Thanks!