What to do with your pet after the Rapture 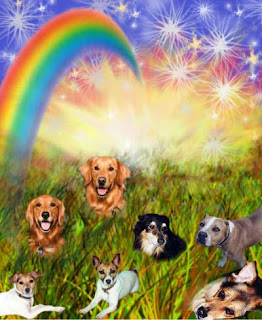 From cartoonist Matt Bors (@mattbors), an amazing new business plan that could only be produced by American culture:

Business Week, February 11, 2010
Caring for Pets Left Behind by the Rapture
For a fee, this service will place your dog or cat in the home of a caring atheist on Judgment Day

Many people in the U.S.—perhaps 20 million to 40 million—believe there will be a Second Coming in their lifetimes, followed by the Rapture . In this event, they say, the righteous will be spirited away to a better place while the godless remain on Earth. But what will become of all the pets?

Bart Centre, 61, a retired retail executive in New Hampshire, says many people are troubled by this question, and he wants to help. He started a service called Eternal Earth-Bound Pets that promises to rescue and care for animals left behind by the saved.

Promoted on the Web as "the next best thing to pet salvation in a Post Rapture World," the service has attracted more than 100 clients, who pay $110 for a 10-year contract ($15 for each additional pet.) If the Rapture happens in that time, the pets left behind will have homes—with atheists. Centre has set up a national network of godless humans to carry out the mission. "If you love your pets, I can't understand how you could not consider this," he says....
Posted by Christopher Brown at 2:08 PM