Baffling Wonders of the 21st Century

The other day the New York Times ran a story about amputee mixed martial arts fighters. A few weeks earlier, the Sunday magazine featured a profile of Oscar Pistorius, the South African amputee sprinter, and the question of whether he is disadvantaged or advantaged by his disability and the prosthetic blades that let him run 400 meters in 45 seconds. Establishment examinations of the unique capabilities of a legless wrestler, and the awesome physics of a bionic runner, evidence the 21st century's evolution of very different ways of thinking about our relationships with our bodies. 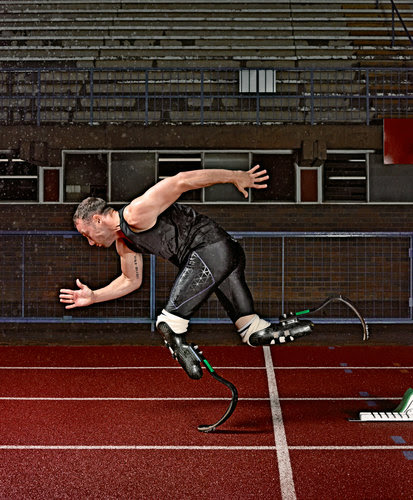 A smart friend of mine once joked that the reason Teletubbies have television sets in their tummies is to condition our children for their future life as cyborgs. We are already cyborgs in many respects, our neural networks adapted to the electronic tools that network us with the world. But I think these athletes are the vanguard of a more spectacular generation of altered humans, clearing the trail for the thousands of young men coming home from our decade of far away wars without all the homegrown parts they once had (see, e.g., the excellent Michael Chorost piece on military prosthetics in this month's Wired). I have long wondered how long it will take before the puritanical Chariots of Fire vision of white cotton athletics untainted by the unnatural finds its force inevitably flipped into a celebration of altered marvels. I even invented a secondary character in a story to make this point, and the idea revealed such truth that he nearly took the whole thing over like some postmodern Burt Reynolds crashing a Bruce Dern acid party:

Crile scratched his silvery buzzcut, flexing a bicep that pulsed with the texture of manufactured tendons and polymerically enhanced blood vessels. He was one of the alpha generation of real celebrity cyborgs, a Texas star college quarterback who was among the first to go straight to the UFL. The Ultimate Football League was the first to abandon professional athletics’ anachronistic insistence on the prohibition of performance enhancements, be they pharmaceutical, bio-mechanical, or genetically engineered. It was a genius stroke by the founders. The audience was far more interested in superhuman performances than fidelity to nature, and the athletes were addicted to the potential of even greater power. Crile hadn’t played in a decade, but was still a public figure, famous for his stamina in withstanding fifteen-plus years of pounding on behalf of the Los Angeles fans... 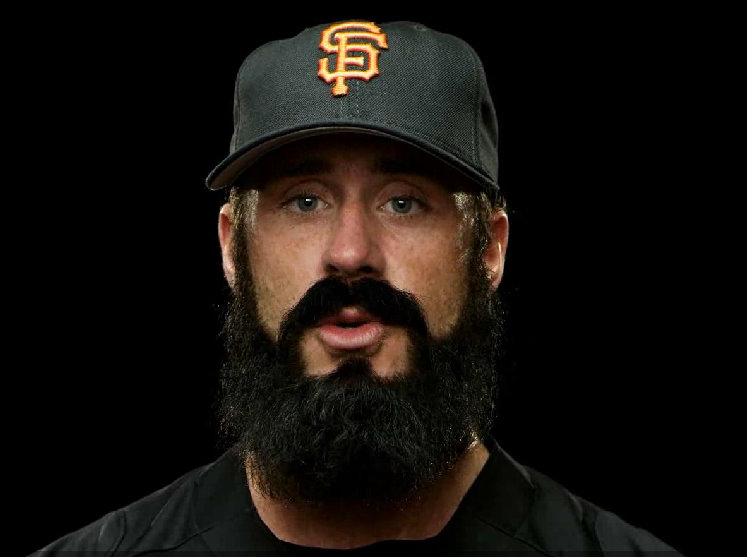 [Pic: Giants pitcher Brian Wilson, out for the season for extreme elbow surgery, quoted Monday as saying he looked forward to the "opportunity to get a better arm" and "get to throw harder." Via SFGate.com]

Crile appears in "Edge Lands," a story of mine that appears in the new issue of The Baffler. He previously appeared in a related story included in an sf anthology a couple years back, but I am very excited to have him pulling his creaky Kilroy head into the pages of a magazine whose readers might not typically read science fiction. This is thanks to the courage of The Baffler's new editor, John Summers, to include representatives of the self-appointed "literature of ideas" in the inaugural issue of his relaunched run of this amazing magazine that brings cutting edge scholarly thinking and critical intelligence to a general audience. 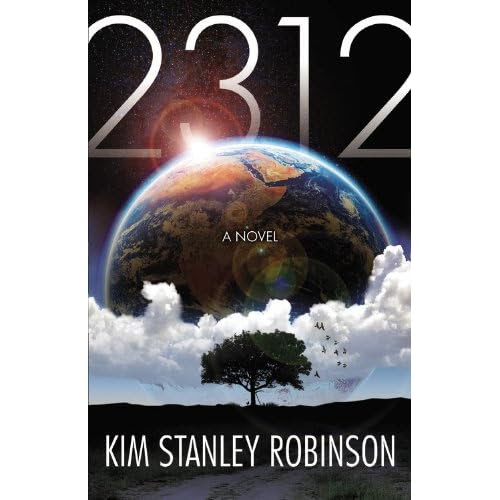 The fiction in Baffler 19 includes an excerpt from Kim Stanley Robinson's new novel, 2312, and a remarkable Lyudmila Petrushevskaya story beautifully translated by Anna Summers. The stories (and the fantastic selection of poetry) are just popcorn to complement the potent lineup of essays and other nonfiction from the likes of Thomas Frank, James Galbraith, Maureen Tkacik, Barbara Ehrenreich, Will Boisvert, Rick Perlstein, and Chris Lehmann (full table of contents here). It's thrilling for me to have one of my efforts at socio-political speculative fiction find itself in such superior company, even more so to be grouped with other pieces exploring the theme of how techno-utopian discourse (to which science fiction is a major contributor) masks cultural decay.

The most compelling piece of science fictional speculation in the issue is the social anthropologist David Graeber's amazing essay, "Of Flying Cars and the Declining Rate of Profit." Graeber uses the well-worked "dude, where's my flying car" meme as the launching point for a deep critique of the interrelation between capitalism and technological progress. Graeber starts by noting how much of our technological power is devoted to the *simulation* of technological marvel rather than its actual achievement (see , e.g., the science fantasies now responsible for the majority of Hollywood's take-home pay). Breaking out the anthropological toolkit, he sweepingly elucidates the ways in which American-style corporate bureaucracy and the singular focus on competition chill true breakthroughs and banish the eccentric and the imaginative to mom's basement.

Graeber, citing Giovanni Arrighi, draws a compelling contrast between contemporary techno-capitalism and British industrial capitalism after the South Sea Bubble through the early twentieth century—a period in which Britain largely avoided the corporate form in favor of a combination of high finance and family-run businesses, and integrated eccentric thinkers into the the culture, often as rural vicars whose "amateur" experimentation produced many of the mind-blowing scientific discoveries of the day. The absence of "poetic technologies" from the real world of the 21st century evidences the failure of capital, argues Graeber, with a compelling call to "...break free of the dead hand of the hedge fund managers and the CEOs—to free our fantasies from the screens in which such men have imprisoned them, to let our imaginations once again become a material force in human history."

Graeber's argument makes me rethink my dismissal of the steampunk explosion as evidence of sf's political failings—perhaps steampunk is transcendently political: an atemporal expression of our collective pent-up yearnings for a technology that liberates, rather than enslaves. I have remarked elsewhere how the cyberpunks helped us discover unlimited quanta of liberated territory—only to find it rapidly sectioned off by Capital for devotion to productive use. Networked computers have become the principal instruments of our alienation, and Guy Fawkes masks on YouTube really don't provide plausible architectures for change.

I was thinking about all this last week as I walked the campus of Stanford University. An objectively beautiful place full of beautiful people, almost like a Hollywood simulation of a college campus, full of those preppy blonde white kids that in other parts of California (like Berkeley) have become about as common as unicorns. So beautiful, and so boring—seemingly devoid of the experimental self-expression and naive political speech that should characterize any community of several thousand twenty-year-olds. 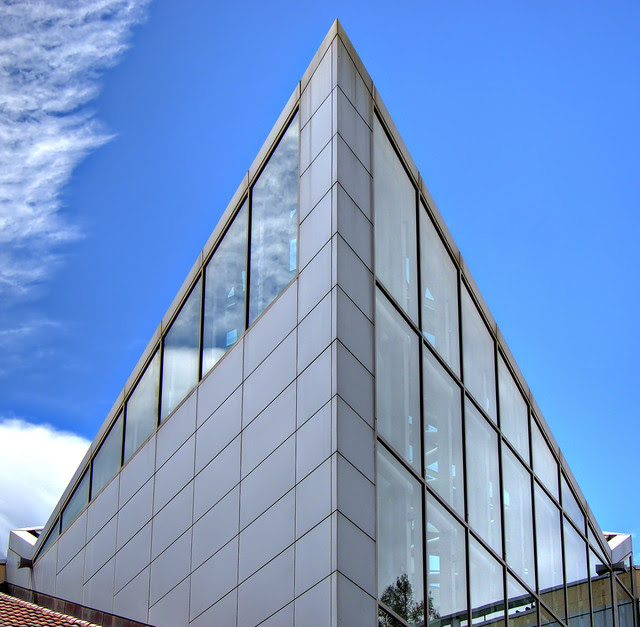 When you leave the original campus for the post-1999 quad—the archipelago of smart buildings named after Gordon Moore and Jerry Yang and the other cyber-barons who paid for them—you understand. You have arrived at Gattaca State: a corporate youth camp devoted to the indoctrination and reproduction of future members of the establishment within the new paradigm of techno-capitalism, the principal ethos of which is consumer marketing practiced as a branch of mathematics, supported by the Moore's Law of alienation: the capacity of information microprocessors to propel human brains into ever more efficient cubicle-bound servants of the numbers. Each of them lured by the illusory dream of the liberation from work. Instagram, anyone?

Baffler 19 provides a pretty potent radical diagnosis of the contemporary condition, and science fiction writers and readers should pick up a copy and and consider the critical speculations that accompany the fictions—and the implicit invitation to better integrate critical political economy into expressions of the speculative imagination. Essays like Graeber's remind us of the potential for science fiction to not just preserve our sense of wonder in the ghetto of filking conventions, but to help envision better ways to integrate imaginative wonder into the structuring of our societies. As network culture reveals the crumbling foundations of our socio-economic institutions, there's a whole lot of talk going on about what the world should look like on the other side of the current crisis, and science fiction has an important role to play in that conversation.

You can subscribe or buy individual copies of The Baffler (including electronic version) here.

Posted by Christopher Brown at 10:00 AM