I have remarked in other fora of my disdain for the skiffy geek yearning for the Singularity, suggesting that, in a world where the media narratives of popular culture have so completely infiltrated our brains, our consciousness already spends a good chunk of its time in The Matrix, with mind's relationship to body mediated through Abercrombie-infused delusions and sex-waxed Narcissism.

But I'm not sure I really nailed what bugged me about the concept until I came across Tom Kaczynski's brilliant treatment of the issue in the thinking man's comics collected in his Cartoon Dialectics, Vol. 1.

Who knew a few panels of pen and ink could weave the threads among Kurzweil's Age of Spiritual Machines, Jared Diamond's Collapse, Erik Davis's Techgnosis, Hakim Bey's T.A.Z. and Business Week better than any critical essay? Who knew there were comics that combined the alienated suburban emotional frisson of Dan Clowes with the critical edge of Mark Dery? Like Eightball with footnotes! (or at least, in this case, an actual bibliography.)

I have been reading comics since the late Silver Age, but frustrated in the last few years by my inability to find new independent comics auteurs who I really connected with. So much beautiful work, so full of the ennui of contemporary life, but somehow striking me as a bit too satisfied with the kind of cloying, navel-gazing, unwittingly self-important memoir that also infects the sort of contemporary American fiction cranked out by MFA programs. In other words, lots of work of exceptional quality and authentic emotional depth, but short on big ideas and more macro-scale intellectual punch. For this reader's tastes, at least.

You might suggest that to search for that in comic books is a fool's quest. These birds would disagree.

Last year, thanks to one of the staff members at Austin Books, I discovered the work of Anders Nilsen and his current serial project, Big Questions (specifically, Big Questions #10). Opening up the pages to pure wonder, with scruffy smart-ass birds talking to each other as they watch some dude in the woods rummage through a plane crash, sharing thoughts on the availability and worth of a box of donuts scattered in wreckage. Capturing better than any other work of art I have come across the feeling of being an alienated early 21st century American roaming the little hidden-in-plain-sight borderlands where wild nature collides with human urbanity and the random detritus of our material culture. A better realization of the power of slipstream than any purely written work I can think of from the last few years. Mapping our psychic landscape with pen-and-ink sonar pings of mind's subtle and generally unnoticed interactions with the interstices of the city. Pure psychogeographical mapmaking. 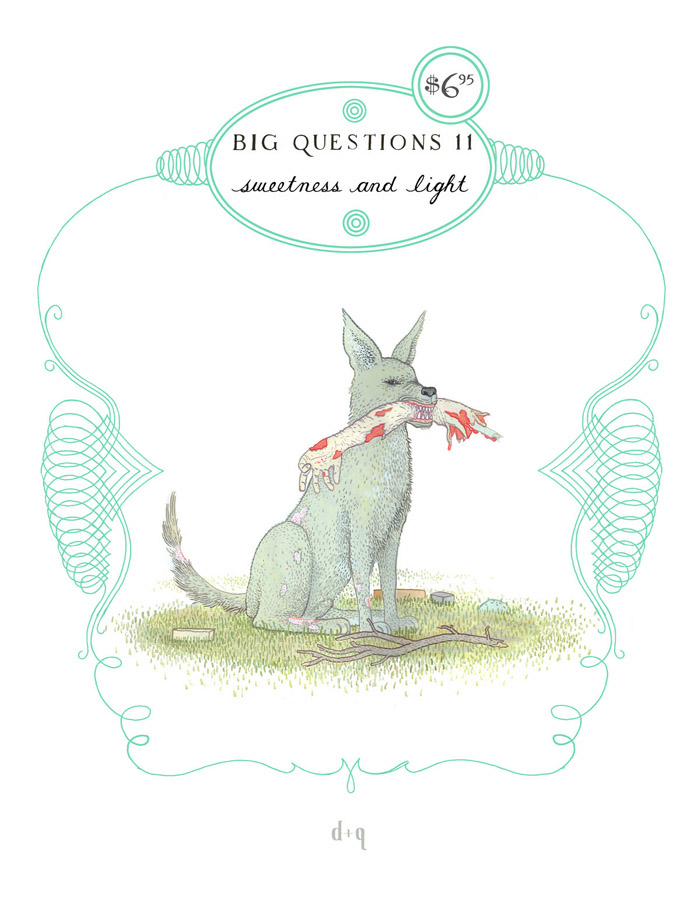 Last month, thanks to the guidance of the proprietor of Austin's new Domy Books, while searching unsuccessfully more more issues of Big Questions, I discovered the Fantagraphics serial anthology Mome, and, therein, the work of Tom Kaczynski. Flipping the pages of the tome, I was immediately captured by Kaczynski's "Million Year Boom," with its opening page scene of a new economy Ronin landing in another city and traversing an exurban landscape I know too well, with its trapezoidal office buildings harboring secret projects:

"My cab was a bathysphere stumbling upon some ancient submerged civilization."

"Million Year Boom" ingeniously discovers the latent wonder of a familiar alienated Office Space scenario, as the protagonist shows up for a corporate branding assignment in some emotionally remote exurbia, and slowly discovers a conspiratorial Business 2.0 stealth company planning to reap entrepreneurial benefit by egging on the release of the savage nature lurking in the sliver of woods left behind the office building, and in the primate brains of the men occupying that building. The artist-author, like his protagonist, manages, without premeditation or planning, to discover some profound truths encoded within a corporate brand finally produced as a 21st century cave painting of blood, sweat and semiotic design at the end of a trail of excrement and allergens. Mandatory.

How appropriate that the marriage of meat and abstract mind is rediscovered in a medium of ink on paper.

Posted by Christopher Brown at 2:01 AM

Thanks for posting this, Chris. I'll check this out today, instead of doing any real work.