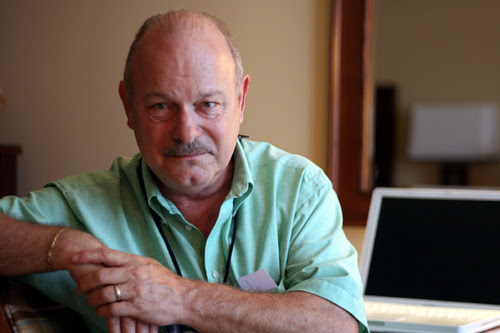 CHESTERTOWN, Md. – Joe Haldeman will be honored as the next Damon Knight Memorial Grand Master for 2010 by Science Fiction and Fantasy Writers of America. The Grand Master represents SFWA's highest accolade and recognizes excellence for a lifetime of contributions to the genres of science fiction and fantasy.

SFWA President Russell Davis announced the decision after consulting with the Board of Directors and participating past presidents. The presentation of the Damon Knight Memorial Grand Master Award will take place at the SFWA Nebula Awards® Weekend in May. The Nebula Awards weekend is available to the general public with advance registration.

“Giving the Grand Master is one of the true pleasures of serving as the President of SFWA,” said SFWA President Russell Davis. “Being able to give it to Joe Haldeman--a past SFWA president, an extraordinarily talented writer, a respected teacher and mentor in our community, and a good friend--is not just a pleasure, but a genuine honor. I can think of no one more deserving that I’d be more pleased to recognize.”

The author of 20 novels and five collections, Haldeman remains one of the most popular science fiction writers working today. His landmark novel, The Forever War, won the Nebula, Hugo and Ditmar Awards for best science fiction novel in 1975, and spawned two follow-up novels, Forever Peace and Forever Free. In total, his writings have garnered him five Nebulas, five Hugos and a host of other awards as well as numerous nominations. Other notable works include the novels Camouflage, The Accidental Time Machine and Marsbound as well as the short works “Graves,” “Tricentennial” and “The Hemingway Hoax.” His latest book, Starbound, is scheduled for a January release.

Since its inception, SFWA® has grown in numbers and influence until it is now widely recognized as one of the most effective non-profit writers' organizations in existence, boasting a membership of approximately 1,500 science fiction and fantasy writers as well as artists, editors and allied professionals. Each year the organization presents the prestigious Nebula Awards® for the year’s best literary and dramatic works of speculative fiction.