There is a house

Here's a scene Oliver Stone will have to include in his new film about W.:

In fact, [eldest brother] Salem [bin Laden] emerges from this volume as a compelling, larger-than-life figure, a picaresque playboy, at once guileless, brilliant and self-indulgent, who held together the increasingly fractious bin Laden clan through sheer force of will and charisma. Salem, who dressed in jeans, loved airplanes and liked to play the harmonica, reportedly “paid a bandleader at an Academy Awards party in Los Angeles hundreds of dollars to let him sing ‘House of the Rising Sun’ in seven languages.”

One wonders if history has occluded the fact that this bit of improvisational rich man's karaoke involved a duet with pre-sobriety W. — bearing in mind that bin Laden invested in W.'s oil and gas business in the '80s, before the Saudi died in an ultralight plane crash outside San Antonio in 1988.

Michiko Kakutani: The Bricklayer’s Sons: The Family That Spawned 9/11

Steve Coll: The Bin Ladens: An Arabian Family in the American Century 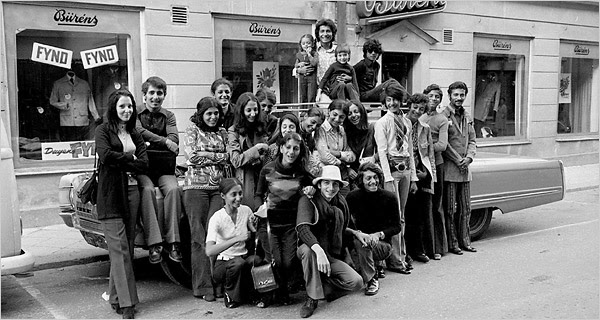 Posted by Christopher Brown at 8:08 AM