Well, another Turkey City writers workshop has come and gone, and near as I can figure it, there were no fatalities this time around. Indeed, it was one of the lowest-key Turkey Cities in recent memory (although by my reckoning, I've missed the last two held). In addition to myself, the other writers involved in this unique form of self-immolation included Bruce Sterling, Meghan McCarron, Elze Hamilton, Caroline Joachim, Paul O. Miles, Chris Nakashima-Brown, Lawrence Person, Jessica Reisman, Fred Stanton and Jen Waverly. Don Webb was originally supposed to attend, but injured his back and wasn't feeling up to it. All of this went down in Chris Nakashima-Brown's ultra-hip urban hi-rise apartment which more than one person had difficulty reaching because of the twin forces of a farmer's market and a cyclists against cancer rally blocking off some or all of Austin's main downtown streets.

There were more sample chapters from in-progress novels this time than any Turkey City I can recall. Interestingly, there were also no submissions that came off as ready for publication, either, which kind of bucks recent trends. Below, the Turkey Citizens hunker down for a frazzled reading session before the bloodletting starts: 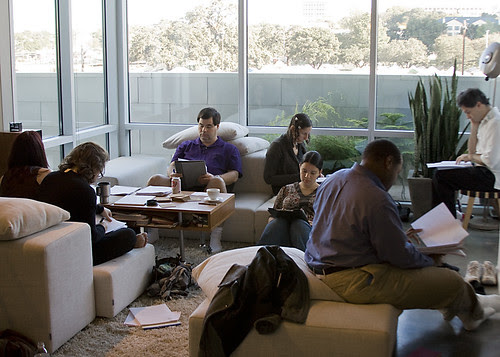 Below left, Jessica Reisman, brought a rewritten opening sequence to an in-progress novel. It reminded me of Martha Wells' City of Bones in tone if not content. Below right, Elze Hamilton, a newcomer, brought perhaps the coolest SFnal concept to the party. Her story also provoked the most passionate responses from the group, so that's a score for the rookie. 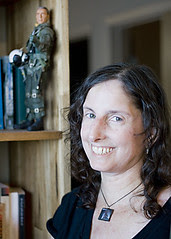 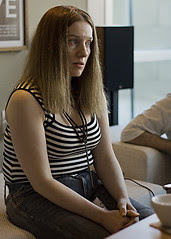 Below left, Bruce Sterling applies is distinctive brand of literary criticism to a hapless story. Below right, Fred Stanton brought the opening chapter of a mythic, supernatural space opera hybrid. I got a kick out of it, but threw Nakashima-Brown for a loop when I described it as a "Post-colonial pseudo-Pakistani anal-retentive society," which was apparently too close to a Bruce-ism for him to parse coming from my mouth. 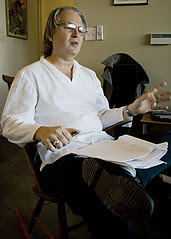 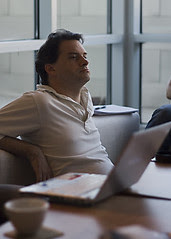 Yes, Jen Waverly and Meghan McCarron were up to no good. You can tell by the fact Waverly started hitting the sauce early. McCarron seemed taken aback by the Laissez-faire structure of the workshop, in particular the lack of a timekeeper. Everyone was pretty bleary-eyed by the time things wrapped up, so perhaps a timekeeper would be a good idea. 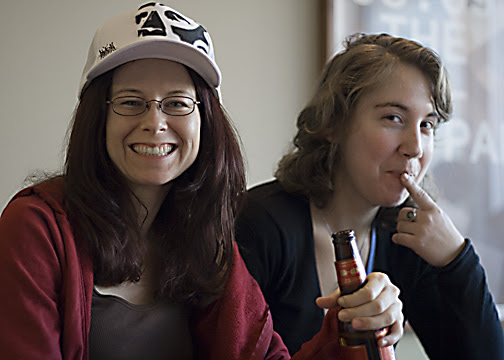 Traffic stops and pedestrians flee when Turkey Citizens are on the move for lunch. We ended up eating in a nifty Thai place right next to the former location of the late, lamented Adventures in Crime & Space bookstore, which is now a boutique owned by Sandra Bullock. And I also spilled a glass of water on Nakashima-Brown's iPhone, but he'd wisely installed a waterproof ap, so all was well. 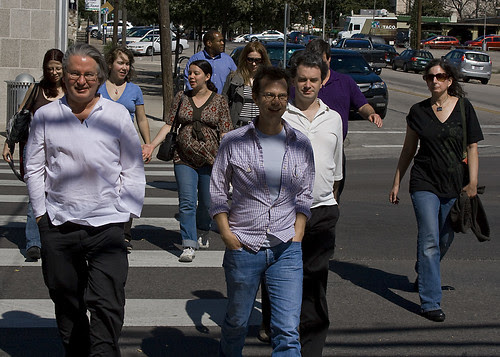 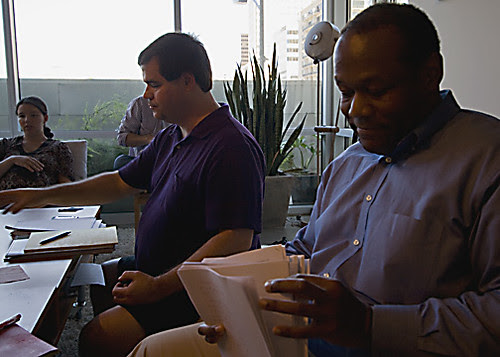 Chris Nakashima-Brown demonstrates exactly what he'll do to me the next time I bring a 9,000-word story to a workshop with a 5,000-word limit. 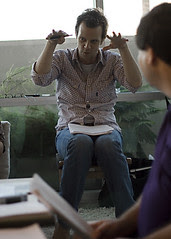 The critique session gets under way, in which egos are crushed and dreams ground underfoot. Ah, good times... 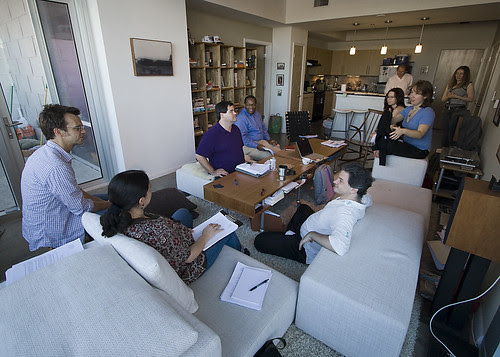 For anyone who's interest, I consider the critique my own story received during Turkey City over at my Gibberish blog.
Posted by Jayme Lynn Blaschke at 1:58 PM

It must have been low key. People are actually smiling and there is no bloodshed (well at least in these pics).

True, Rick. It was unusually low-key.

Nice recap, Jayme. I thought that was a great workshop. I actually don't think the tenor has diluted, just that the quality of the work keeps improving, and the strength of the writers (perhaps we can credit the organizer for doing a good job of assembling balanced participants). Diversity matters!