What if Cinderella's castle at Disneyland really were a castle? Filled with teenagers and dwarves ready to defend it from assault with all-American arsenals? Via the tabloid weirdness of Drudge Report, busy minting the clicks on pages full of advertisements exploiting fears of imminent gun confiscation in advance of the labor camp roundups, we learn that a group of self-styled patriots is planning to do something just like that in the "American Redoubt" of northern Idaho, building a thousand-acre fortress chartered as a right-libertarian alternative subdivision. "The Citadel" proposes to take the social isolation of the gated community, inject it with equal doses of California commune and survivalist compound, and charter an armed country club for voluntary exiles to fortify the adversarial reality they have in mind when they think of the American dream. Who knew the Ruby Ridge lifestyle could become the basis of a real estate development pitch?

"The Citadel Community will house between 3,500 and 7,000 patriotic American families who agree that being prepared for the emergencies of life and being proficient with the American icon of Liberty — the Rifle — are prudent measures. There will be no HOA. There will be no recycling police and no local ordinance enforcers from City Hall."

And from the FAQ:

"One of the primary reasons for a lease paradigm versus private property inside the walls is our desire to make the community for Patriots only.

"The model will be similar in many ways to that of Disneyland. It is walled, gated, private property with controlled access. People pay to enter and agree to the rules because they see value in doing so. It is all based on a voluntary agreement between the owners of the property and those who want to come inside."

The website for the Citadel lays out a dark, counter-utopian piece of architecture fiction—the design for a right-utopian community on a corporate model, situated in the evergreen interstices of American socio-geographic reality. The corporation would acquire the the land, and charter the rules of the community within the bounds of applicable U.S. and Idaho law. Residents would lease, rather than own, their homes (all of which, the site advises, would be made from poured concrete), and would enter into a membership agreement with a pretty intense list of the chores involved in fertilizing the orchard of liberty and keeping Thomas Jefferson's hair on fire, including:

"Two: Every able-bodied Patriot aged 13 and older governed by this Agreement shall annually demonstrate proficiency with the rifle of his/her choice by hitting a man-sized steel target at 100 yards with open sights at the Citadel range. Each Resident shall have 10 shots and must hit the target at least 7 times.

"Three: Every able-bodied Patriot aged 13 and older governed by this Agreement shall annually demonstrate proficiency with a handgun of choice by hitting a man-sized steel target at 25 yards with open sights at the Citadel range. Each Resident shall have 10 shots and must hit the target at least 7 times.

"Four: Every able-bodied Patriot of age within the Citadel will maintain one AR15 variant in 5.56mm NATO, at least 5 magazines and 1,000 rounds of ammunition. The responsibility for maintaining functional arms and ammunition levels for every member of the household shall fall to the head of household. Every able-bodied Patriot will be responsible for maintaining a Tactical Go Bag or Muster Kit to satisfy the Minuteman concept..."

And so on. Basically, an entire communal fiefdom organized around the idea of the Second Amendment as a constitution unto itself, expressing a dark, anti-communitarian, anachronistic thread of our culture that our current dysfunctional politics is only managing to stoke. But one can also wonder whether this project might portend more than the resurgence of the Bo Gritz Zeitgeist.

I've been interested for some time in speculations about how the increasing obsolescence (and literal bankruptcy) of the post-Westphalian nation state as the business model of our political reality would lead to a proliferation of experiments in micro-sovereignties—carving out private geographic space for socio-political experimentation that mirrors the way network culture cultivates such communities in virtual space. Things like the Honduran charter cities experiments and the ship-borne libertarian "seasteading" plans funded by Peter Thiel and others are examples that have gotten traction and publicity in the past year. In the pre-Civil War U.S., state governments frequently authorized experimental private communities, from the Mormon settlement of Nauvoo, which was sanctioned by the legislature as an essentially autonomous political island within the state of Illinois, to the unexpectedly strange-looking predecessors of the modern business corporation—creatures of private bills chartered for specific purposes with whatever rights they could persuade the state to give them. When you remix these kinds of precedents in the network's tumbler of political diversity, the possibilities are intriguing (and, as this example shows, potentially scary—or at least fertile territory for cranks). 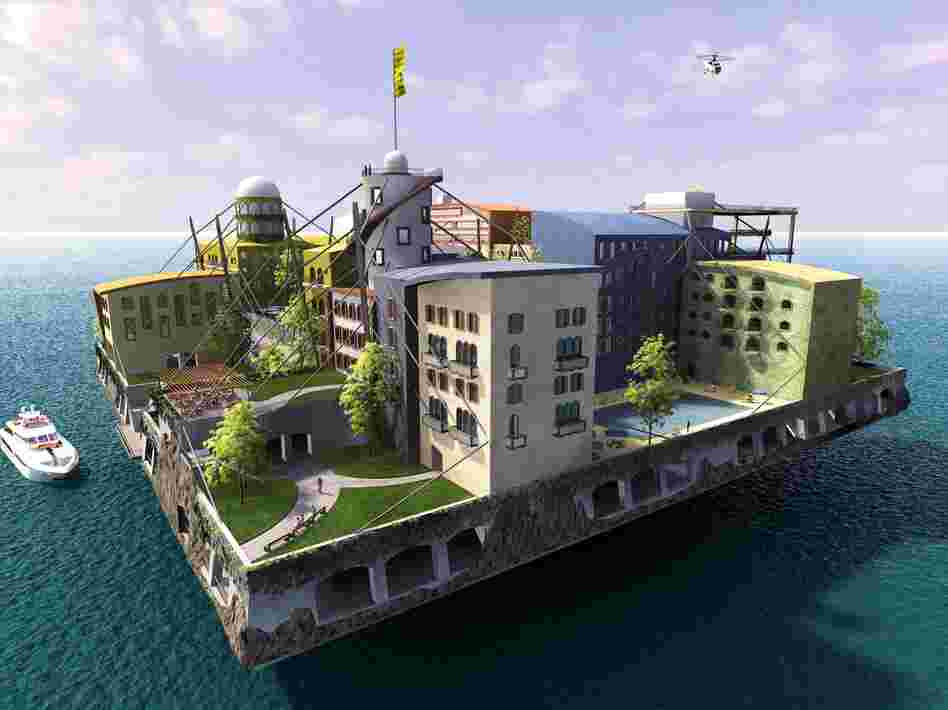 By way of timely example, Drudge also links today a story from the Times of Israel that Bashar Assad is now living with his family on a warship off the Syrian coast and taking a helicopter to work, giving us a fresh new stake on the idea of seasteading. One imagines the Alawaite Baathist regime, following its imminent deposition, existing as a floating post-sovereignty, roaming the oceans with rent-a-cop Russian naval escorts until the money runs out. Shahs of Sunset meets the Love Boat with a healthy dose of Ballardian cozy catastrophe.

I just wrote a story for Rick Klaw's upcoming Texas science fiction anthology about an investment banker who is in the business of mergers and acquisitions between countries (and other political subdivisions) rather than companies. The idea, to me, has a curious plausibility in a world of emergent experiments in localized sovereignty. The network has already destabilized the old geopolitical order. It seems inevitable that it will begin trying to remake our polities in its own image—an infinitely diverse archipelago of self-invented political realities, many if not most of which will seem crazy to their neighbors. How will the social organization of network culture interact with the tactile realities of geography as the principal determinant of political identity? To what extent can we create functioning polities, founded on authentically consensual social contracts, that transcend the boundaries of the lands on which we live?

During the September 2012 attack on the U.S. Consultate in Benghazi, consular official Sean Smith was also hanging out in the smoke-filled rooms of Eve Online, where he had started an intergalactic diplomatic corps. For a decade now, Professor Ed Castronova has been documenting the emerging political economy of virtual worlds—including the exchange rates with real-world currencies. The new socio-economic realities we constitute through our screens have acquired indisputable reality. As our contemporary idea of community becomes more like a Facebook group than town meeting, surely it's just a matter of time that these disparate realms of the identity we invent and the identity we inherit figure out ways to converge? Some of them may even leave the drawbridges open. 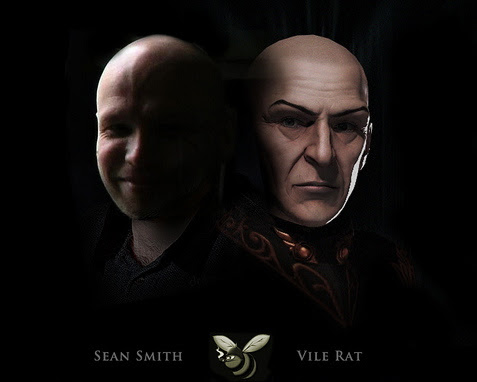 Posted by Christopher Brown at 6:39 PM