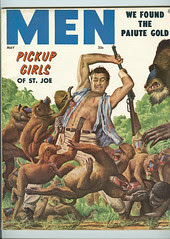 One can't debate the Master Encyclopedist regarding the inherent imaginative wonder of the marginal fantastics of the 1930s. But in the gap between Six-Gun Gorilla and C.S.I. lies a grittier pulp territory that to me feels more germane to these times: the genre of Men's Adventure. 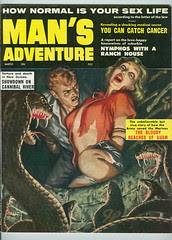 No doubt, rediscovering the inventory of forgotten 1930s heroes has the wondrous qualities of a naturally occurring Borgesian miscellany, spinning our eyeballs with its wacky intersections of earnest G-Man action and unbounded juvenile imagination. But the reconfigured manifestation of American pulp that incubated during World War II persists as a vivid, if subtextual, presence in contemporary life. You can see it on the news every night, lurking behind the taciturn visages of the grey-haired postmodern Winston Churchill simulacra that stream geopolitical platitudes from their Beltway podia, every work subtly laced with a view of reality framed by a weaning on stories told by men who'd seen war firsthand. You can bet young Don Rumsfeld and Dick Cheney internalized their fair share of black and white war stories. 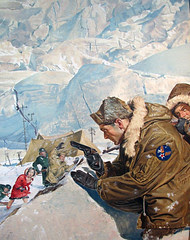 As the dust settled from WWII, mainstream narratives of adventure were repurposed to work out the collective experience of a world at war. You can see the germ of the thing in William Wyler's The Best Years of Our Lives (1946), in which three demobilized servicemen return to their archetypal Midwestern hometown. Shell-shocked war hero Dana Andrews is back to the zero state he left as a drug store soda jerk, gentle high school quarterback Harold Russell returns to his adorable fiancee with hooks for hands, and crypto-bourgeois banker Fredric March is back at the loan desk with a heightened penchant for the hard stuff and an un-businesslike disinclination to turn down fellow vets' requests for credit. A seminal cultural meta-theme for the next twenty years is introduced, as the unspoken savagery of the experience of combat infiltrates the vanilla milkshake social myths of American culture. In its wake, the subtext of every film becomes film noir. 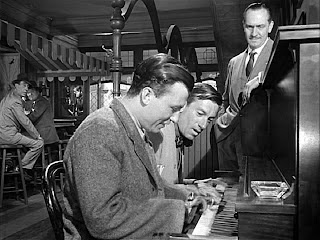 If you look for the indirect influence of WWII in the fictive American media of the late 40s through the mid-60s, it's near ubiquitous, lurking in eyes of the adult male characters in every sitcom and sci-fi B. They have seen things you will never see. 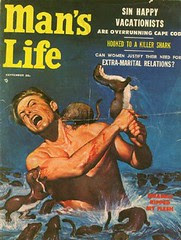 In The Great War and Modern Memory, Paul Fussell brilliantly elucidated the extent to which the English experience of World War I shaped the twentieth century. In the biographical Wartime, he explored similar things in the American experience of WWII, without the same wider revelatory insights. Maybe because his focus on mainstream cultural product missed the real action? 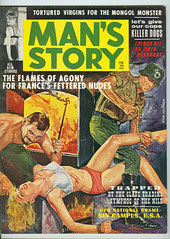 In contemporary popular culture, few Americans have escaped the repetitive hammering of Greatest Generation myths by the tag team of Steven Spielberg and Stephen F. Ambrose. D-Day, the Good War...we get it. All these Tom Hanks heroics are really a propagandistic sideshow to the real action -- the darker low-budget cultural artifacts that revel in the hidden but imminent world of human barbarity. 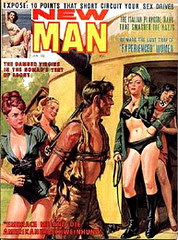 Sweat, blood, poontang, torture, and war with nature. The real recipe for all-American fun in the age of Empire. 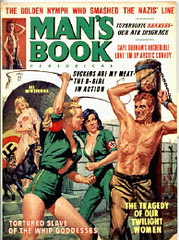 The genre has been well documented recently by Adam Parfrey in "It's a Man's World" and Max Allan Collins et al in Taschen's "Men's Adventure Magazines." The men's adventure mags married the elements of 1930s pulps -- "mutant Chinks and Japs, vicious enemies of America, spear-chucking, head-collecting savages and damsels in distress saved at the last second by heroic white men" -- with "true story" threads concerning real-world barbarity and violence, albeit often embellished or invented. "The sweats" were produced by creators of "the armpit school," who developed such richly developed sub-genres as the "animal nibbler," "Sintown epics," "prison breakouts," "ingenious G.I. manufactured contraptions," "revenge trackdown," "death treks," and the sadistic "leg shacklers" with their overt sex tortures, "Nazi/Jap/Commie/Cuban style." 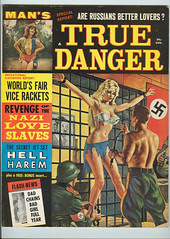 Every man a putative Conan, struggling to prevail to live the next day in a savage world of craven human barbarity, sadistic civilizations, and predatory nature waiting for its opportunity to reassert itself. Welcome to the American century (1941-20??), can I get you a drink?

Though consigned to the back racks, these characters and their narratives showed up all over the place in the mainstream media, with the colors a bit more subdued. While the men's adventure mags petered out after the Summer of Love, their archetypes fought their way across the screen in a dozen Charlton Heston apocalypses and their myriad kin, and informed the demeanor of a hundred cathode ray 70s lawmen. The cultural impact of enlisting a large chunk of a society's male population to fight imperial wars has serious legs. And when those soldiers are reintroduced to the society as civilians, the cynical revelations of their experiences spread through the culture, notwithstanding the taciturn emotional reservation of that Great Uncle who doesn't want to talk about the War. 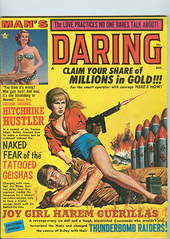 After Nam, the American Ronin take on a more addled aspect -- the Bruce Dern visage of the vet as hallucinatory sniper. Maybe because, in a more liberal media culture, they no longer have lurid underground media to slake their forbidden thirst to explore their experiences of The Horror, these stone-eyed antiheroes work it out on our soundstage alter egos, the civilians walking the streets transformed into the Gooks of their waking nightmares. Hollywood product from 1975 to 1985 had no better explanation for outbursts of random violence than: "Vietnam Flashback." David Morrell's Rambo had a healthy dose of "weasels ripped my flesh," and the Sylvester Stallone version practically mainlined the stuff. To say nothing of Chuck Norris' Bo Gritz routine, Soldier of Fortune magazine's mujahideen travelogues, and all the other P.O.W./M.I.A. adventures that populated the 80s. (And in a parallel realm, the urban street reveals the stories of a generation of African-Americans devastated by the drug wars.) 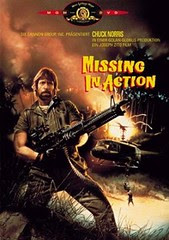 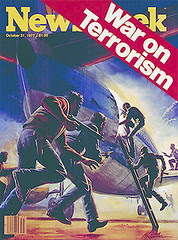 One expects we needn't wait long for the GWOT-Vet archetype to emerge in the mass media. His base prototype is already swirling around out there in the narrative ether like Deadman, waiting for new shells to appropriate. What will the thousand-mile stare of the antihero back from the front look like channeled through YouTube? 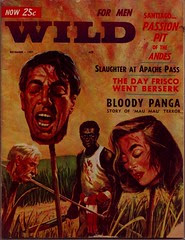 (Note: The 1977 Newsweek cover and Poseidon Adventure poster are both illustrations by Mort Künstler -- can you tell which of the men's adventure covers are his?)
Posted by Christopher Brown at 8:22 AM

I now have an awful picture in my head ... Cheney and Rumsfeld, hunched grim-faced over some pulp magazine, jerking away.
Sweat, blood, poontang, torture ... says it all.
I love that description, the 'armpit school'.