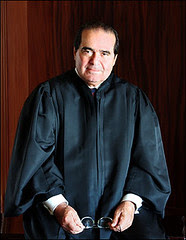 Last year around this time, I wrote about the fascinating decision of the U.S. Court of Appeals for the D.C. Circuit construing the Second Amendment the the U.S. Constitution as essentially guaranteeing each citizen the right to keep and bear (as in, fully assembled and loaded, maybe next to the remote control) arms of the sort that would be used by contemporary members of the National Guard. This holding grounded in the Militia Power, in turn grounded in the natural law idea of the "right of revolt" against tyrannical governments.

Yesterday, the U.S. Supreme Court heard the case. Amazingly, they even talked about the right of revolt.

This is the first Second Amendment case the Supreme Court has taken since 1939. The pundits are tea-leaving that they are going to go all the way, baby. Start shopping for your military hardware now.

Now, how do we get the Court to tell us under what conditions we can actually use those arms in exercise of our implicit right to revolt? 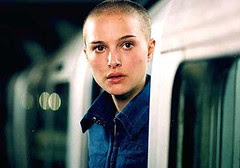 Posted by Christopher Brown at 8:26 AM

"They" will never tell you when you have your right to revolt. You must take it.