Reconsidering the '70s Jesus in an age of putative political messiahs 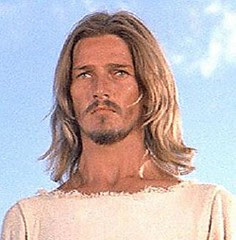 If you're in Southern California, be sure to check out the upcoming lecture by Mark "Shovelware" Dery:

In Case of Rapture, Car Will Be Driverless: Waiting for the End of the World in '70s Southern California

In this lecture, equal parts personal essay and cultural critique, Dery---now a godless leftist---takes us on a Proustian flashback to his days as a teenage fundie---a Jesus Freak caught up in the "born-again" religious fervor that swept Southern California in the '70s. Excavating the SoCal history of that mutant strain of ad-hoc Christianity that Harold Bloom calls "the American religion," he'll deliver a fire-and-brimstone critique of the paleoconservatism, flat-earth fundamentalism, and deep-dyed anti-intellectualism that have made San Diego, throughout much of its intellectual history, not only a theme-park mirage in the Desert of the Real ("America's Finest City") but a Mojave of the Mind.

At the same time, Dery attempts to consider the "situated knowledges" and "lived experiences" of that lost world through his 15-year-old eyes and through his cynical, unbelieving 48-year-old eyes---to cast a gimlet eye on the creepy cultism and gape-mouthed credulity of the 'Jesus People' movement and acknowledge the fact that it brought him closer to a transport of metanoiac rapture than anything since. 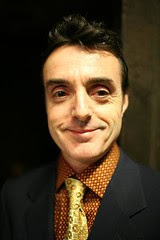 'No glossolalia for this boy, but I did have a few Theresa-of-Avila moments of spiritual ecstacy. One thing I really want to nail is the ineffable hippie sweetness of those lost times, exemplified by Ted "Jesus" Neeley's infinitely sad gaze in Jesus Christ Superstar, a far cry from the BATTLECRY/PASSION OF THE CHRIST right-wing pugnacity of the gen-whatever alt.Christianity of our moment...'

(From the official website): "Sacred & Profane: Meditations on a World in Translation

Salman Rushdie once wrote, "human beings do not perceive things whole; we are not gods but wounded creatures, cracked lenses, capable only of fractured perceptions." In this interdisciplinary conference, we invite original works that explore the way we construct meaning out of historical, theoretical, and literary works.

Panels will include an interrogation of sacred texts, ranging from holy words to canonized works; the past as a sacred text; profane texts, which may challenge our definitions of literature as well as our tolerance for profanity; and issues involved in the process of translation, from one language to another or one time period to another. We invite submissions from visual artists that interpret or explore these topics."


P.S. -- On the subject of messiahs, check out Tom Tomorrow's sharper-than-usual cartoon yesterday about the current predicament, including a great Kurt Vonnegut quote: "There is a tragic flaw in our precious Constitution, and I don't know what can be done to fix it. This is it: Only nut cases want to be president."
Posted by Christopher Brown at 8:29 AM