A Christmas story of how Billy Idol defeated Manuel Noriega and ended the 1980s. 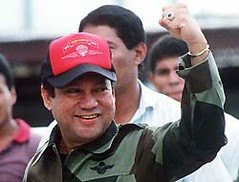 Fifteen years ago, on Christmas Day 1989, Panamanian strongman Manuel Noriega sought refuge inside the Papal Nunciatura (the Vatican equivalent of an embassy) in Panama City. American troops quickly formed a perimeter outside. While the idea of the 75th Rangers going commando on the Vatican has a certain alt history elan, cooler heads prevailed and negotiations for Noriega's surrender commenced. 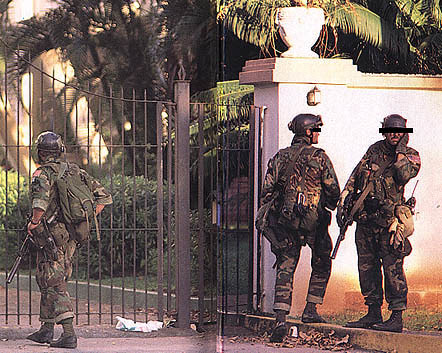 President George H.W. Bush had initiated the invasion, styled Operation Just Cause, five days earlier. (Originally, the code name was "Operation Blue Spoon," incorporating elements of "Operation Nifty Package" and "Operation Acid Gambit," all derived from earlier Panama invasion plans maintained in the "Prayer Book," including "Operation Purple Storm" and "Operation Bushmaster." For an obsessively detailed studied of the peculiar etymology of Pentagon code names and what information is encrypted within them, check out William Arkin's Code Names or his killer blog Early Warning at The Washington Post.)

(As dramatic as the invasion sounds, it had a lot of competition for 1989 holiday viewers' attention. The Iron Curtain was dramatically crumbling, and the preceding week had also carried dramatic coverage of the revolution in Romania, which included amazing footage I vividly remember of a bunch of armed civilians taking over the live studio broadcast of the Romanian national television network, picked up real-time by CNN. Bush and Gorbachev declared the end of the Cold War, free elections were held in Mongolia, and the Simpsons premiered.)

On Christmas morning, U.S. Army General Maxwell "Mad Max" Thurman (a/k/a "The Maxatollah") talked mano a mano with Monsignor Jose Sebastian Laboa at the gate of the Nunciatura. The compound was near several high-rise hotels. As Thurman turned to leave, a reporter hollered from an upper floor window of the Holiday Inn: "Hey, General Thurman, how 'ya doin'? Merry Christmas!"

Fearing reporters could eavesdrop on his negotiations using parabolic microphones, Thurman ordered a music barrier be erected around the embassy. The 4th PSYOP Group rolled in a fleet of Hummers mounted with loudspeaker arrays. Conveniently, this being Panama, there was already an Armed Forces Radio station in the city under American command. 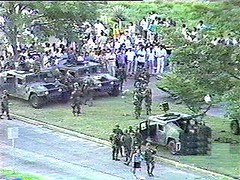 The first day, December 25, it was all Christmas music. By December 27, the PSYOP troops had taken over the Armed Forces Radio playlist, and they unleashed a barrage of the same tools of psychological warfare they deployed back home from the windows of their Chevy Novas: classic rock.

Noriega loved opera. He got Styx. 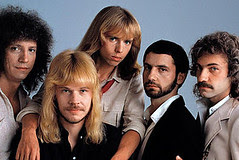 The station had been playing requests for the troops since the invasion began, as reported in a post-op memorandum:

"When the troops started coming in from the field, the requests became quite imaginative. Canine handlers called asking for Billy Idol, 'Flesh for Fantasy,' the Marine Corps Combat Security Company called saying they were going on a mission and needed a song to pump them up. The song was 'Welcome to the Jungle' by Guns and Roses, a song which had been requested many times already. The Special Forces Combat Divers Team asked for several songs by The Doors, 'Strange Days,' 'People Are Strange,' 'The End'...We played a lot of songs with the word 'jungle' in it as well as such songs as 'God Bless the U.S.A.' by Lee Greenwood, and 'We're Not Going to Take It' by Twisted Sister." 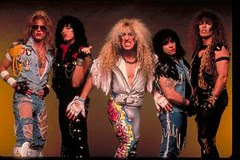 Unsurprisingly, the whole thing took on its own manic momentum, the reporters delighting in the Col. Kilgore meme as the Zeitgeist injected itself into this minor historical moment, speaking volumes to the imminent spirit of the age.

The complete playlist is available at George Washington University's National Security Archive. Among the highlights: 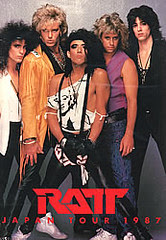 Noriega surrendered on January 3. He is currently imprisoned in a federal correctional facility in Miami, scheduled for release next September. (Check out This American Life's story of the 10-year-old girl from a small town in Michigan who became Noriega's pen pal.) 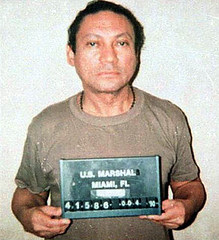 The use of rock music as instrument of psychological warfare has evolved since then, as evidenced by the confirmed reports of enemy combatants being tortured with Metallica and the "Barney" theme in a shipping container on the Syrian border (as brilliantly explored by Jon Ronson in his excellent Men Who Stare at Goats). Though revolutionary at the time, and considered excessive by President Bush 41 and General Colin Powell, The Noriega Playlist now seems a kinder and gentler riff from a time when our geopolitical nihilism was young.

I have created an iMix at the iTunes store with the bulk of The Noriega Playlist for your holiday listening enjoyment. We are open for comments as to what might be a likely playlist for Tehran or Pyongyang.

(I will be headed to primeval territory not far from the Nunciatura for the next 10 days, so don't count on another post from me until January 5 or so. Happy New Year!)
Posted by Christopher Brown at 12:07 AM

You, sir, are a genius... the scary part is that you aren't making this up!

As always, thanks for sharing...

"imix product not available in australia"