Starring Ethan Hawke as Bakunin, Billy Crudup as Belinsky, and Jerry Mathers as the young Kropotkin

Am I the only one puzzled by the well-coordinated establishment media plugging of the new Lincoln Center production of Tom Stoppard’s The Coast of Utopia, featuring a cast that includes a bunch of Hollywood actors subtextually marketed as the ones that can read? 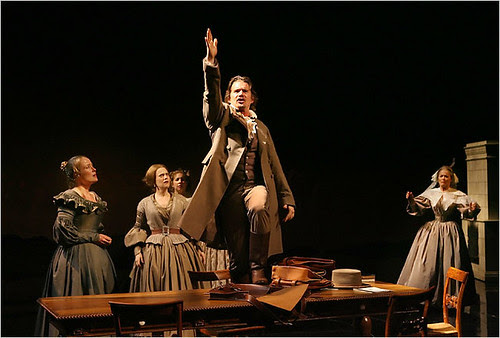 It’s such a fearless dance with self-parody, you have to admire it. I only wish it were a musical. With Hugh Jackman belting out some bombastic number about Fichte, Schilling, Kant and Hegel. That would completely rock.

"…Stoppard would be a striking presence in any setting, with his glamorous half-rocker, half-brainiac looks: the poetically shadowed dark eyes, voluptuously puffy mouth, pre-Raphaelite head of tousled graying hair and elegantly insouciant style of dressing, which all three times I meet him feature as its centerpiece a chicly weathered (but brand-new) leather jacket that looks like something out of a John Varvatos ad and one or the other natty pair of shoes — today’s are a Tod’s white canvas number, and on another occasion he wears a pair of elegant leather sneakers by Zegna.)… I look at him and am struck by the aura of louche glamour he carries — like a lounge lizard who reads Flaubert — daring you to cause ripples in his carefully arranged and well-defended image…"

…that this minor spectacle feels like a fresh illustration of Thomas Frank’s thesis about how good American business is at co-opting revolutionary spark to turbocharge the machine. 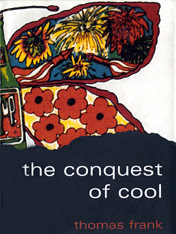 Here, some presumably earnest effort (a sprawling trilogy, no less) to explore the personal social experiences behind the birth of 19th century anarchist theory and revolutionary action, repackaged as the Russian Les Miz. After all, we outspent them into the dustbin of history, so now they’re a bunch of harmless Bohemians no more threatening than characters from Woody Allen’s Love and Death.

(And it's probably good, though I personally will have to wait for the road show to make it to Texas, no doubt featuring Donny Osmond and the rest of the cast from the touring version of Joseph and the Technicolor Dreamcoat). 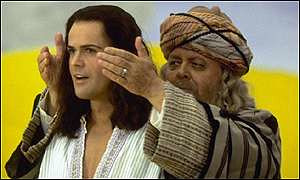 If this is what it takes for the American Mandarins to start thinking about Utopia again, who can complain? They apparently can’t count on either of the formerly likely sources: political activists and science fiction writers.

Fredric Jameson addressed the question with exhaustive cogency in last year’s Archaeologies of the Future: The Desire Called Utopia and Other Science Fictions.

Is the idea of Utopia rendered completely frivolous in a world that has made the cyberpunk dystopia so completely real? In a world where the pragmatic inevitability of market capitalism seems to have proven the inherent truths of its basic assumptions about the innate self-interest at the core of human nature?

The line of Utopian political theories traced by Edmund Wilson in To the Finland Station, from Fourier’s whimsically considered theories of young boys as society’s natural garbage collectors to Lenin as the ultimate Red World Historical Figure riding the rails to his date with History at the dawn of the 20th century, died with the Soviet Union and the permanent discrediting of Marx as a viable source of tenable theories of political economy. The last vestiges of socialist rhetoric have disappeared, even in their disguised forms, from the mouths of mainstream left-of-center politicians. Leaving a diluted nothing in their place, a non-ideology, an ad hoc set of reactions to the putative realism of their opponents - a kinder, gentler market capitalism.

Without Utopian aspirations for a better world, daring to imagine alternate paths whereby our entropic Hobbesian tendencies can be transcended in this life, our political discourse loses the weighty counterpoint to dismal (if pragmatic) realism that is essential to produce moral progress apace with the technological and creative progress propelled by capital. 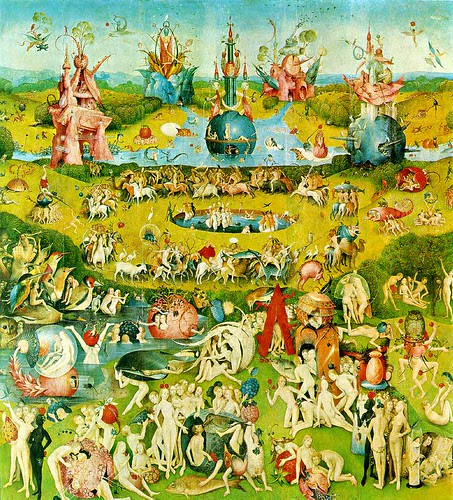 Who let the Wolves out? 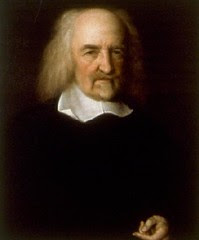 This intellectual and moral vacuum is a natural opportunity for science fiction to realize its social potential. But credible visions of a better society are scarce among the recent products of the self-proclaimed literature of ideas. It's so much easier to look backwards and spew out a few more Alternate Hitlers.

Any notable candidates for a compelling utopian vision among SF of the last ten years or so? Jameson has a nice piece on Kim Stanley Robinson’s Mars trilogy as a work of political realism exploring efforts to implement Utopian theories on a new world. 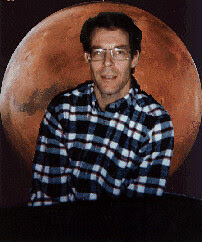 He has to look back further for the rest: Aldiss, LeGuin, Van Vogt, Stapledon, Dick.

How about some next generation revolutionary heroes, even if they don’t have a fresh program? China Mieville carries the Wilsonian torch in Iron Council (To the Perdido Street Station, as Michael Dirda suggested?) 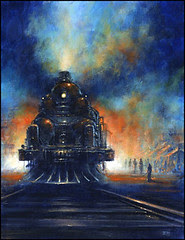 One is hard-pressed to find any others - maybe Robert de Niro’s guerilla plumber in Gilliam’s Brazil? 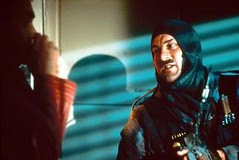 Surely an age dominated by the mainstream dystopian vision of the immanent present depicted in Fox’s highly addictive Jack Webb-meets-William Gibson serial 24, in which American Presidents who oversee torture interrogations of pernicious political journalists are depicted as tough-minded realist champions of our precious way of life, is worthy of a fictional bookend that imagines a happy ending to the current geopolitical apocalypse-in-progress.

Neither do Che Guevara T-shirts, even when they are mixed with the visage of Cornelius. 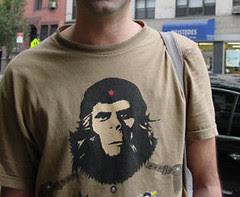 The best I can find: A couple of seasons back, 24 had an interesting narrative thread that wasn’t fully played out. Mia Kirshner plays Mandy, a hot American revolutionary living in an apartment complex full of other twentysomethings, into which she lures CTU Agent Tony Almeida. Melrose Place with AK-47s. How’s that for high concept?

Surely it’s only a matter of time before a culture that has produced as many bona fide Utopian experiments as ours, a culture that is premised on a revolutionary mythology, finds those threads resurgent in popular culture.

Consider the possibility for a spinoff that follows the adventures of 24’s L.A.-based anti-CTU: real American revolutionaries, bisexual Abercrombie narcissists with white teeth, clean pores, and credit cards, dedicated to blowing up all the ugly shit. It would make a hell of a reality program, worth it for the product placement alone.

And when you read that Mia Kirshner’s qualifications include studies of “Russian literature and the 20th century movie industry at McGill” (how’s that for a double major?), you’ve got to wonder how the Mandy Manifesto would read. HALO-drop her onto the Coast of Utopia, and see how revolutionary pulp action matches up against literate monologues.

Posted by Christopher Brown at 8:34 AM

Email ThisBlogThis!Share to TwitterShare to FacebookShare to Pinterest
Labels: utopia

Damn, now I want one of those Cornelius shirts.

Splendidly erudite as ever, Mr. N-B. Yes, my somewhat underutilized playwriting side has been wondering about the current canonization of Mr. Stoppard -- esp. in the context of making "failed revolution" the next Thinking Person's Thing at the present dystopian moment.