The February 19 issue of The New Yorker has a great article by Jane Mayer on the impact of the television War on Terror fantasy "24" on real-world public policy. Jack Bauer's imaginary L.A.-based domestic covert ops wing of the CIA, it turns out, is housed on the ground floor of a refurbished pencil factory in the San Fernando Valley, where America's enemies are interrogated every Monday night for the entertainment of prime time zombies like yours truly. The article notes that American TV now feeds us one hundred instances of torture a year, versus four before 9/11. 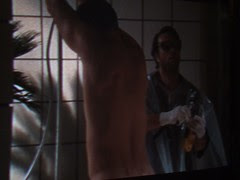 "The show's villains usually inflict the most gruesome tortures: their victims are hung on hooks, like carcasses in a butcher shop; poked with smoking-hot scalpels; or abraded with sanding machines. In many episodes, however, heroic American officials act as tormentors, even though torture is illegal under U.S. law. In one episode, a fictional President commands a member of his Secret Service to torture a suspected traitor: his national-security adviser. The victim is jolted with defibrillator paddles while his feet are submerged on a tub filled with water. As the voltage is turned up, the President, who is depicted as a scrupulous leader, watches the suspect suffer on a video feed. The viewer, who knows that the adviser is guilty and is harboring secrets, becomes complicit in hoping that the torture works. A few minutes before the suspect gives in, the President utters the show's credo, 'Everyone breaks eventually.'" 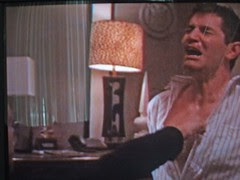 The article catalogues Agent Bauer's menu of techniques for immediate revelation, from brutish stab wounds to mock live video executions of a prisoner's family members. It then recounts the efforts of actual military interrogators to persuade the producers and writers to imbue the show with a more realistic portrayal of government agents conducting their interrogations in accordance with the law, citing their concerns that 24's representations of intelligence collection are distorting the public's view of reality, and influencing public opinion in an unhealthy way. Quoting a December 2006 report of the Intelligence Science Board:

"Prime-time television increasingly offers up plot lines involving the incineration of metropolitan Los Angeles by an atomic weapon or its depopulation by an aerosol nerve toxin. The characters do not have time to reflect upon, much less to utilize, what real professionals know to be the 'science and art' of 'educing information.' They want results. Now. The public thinks the same way. They want, and rightly expect, precisely the same kind of 'protection' that only a skilled intelligence professional can provide. Unfortunately, they have no idea how such a person is supposed to act in 'real life.'" 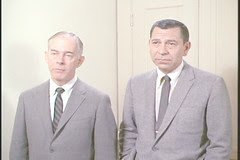 Recall a prior generation of L.A.-based Watchmen enduring a stressed out Zeitgeist: the Jack Webb police procedurals Dragnet and Adam-12, in which lonely sentinels of law and order exhaustedly administered Miranda due process to murderers, car thieves, pill popping moms, and spoiled Bourgeois hippies. Alas, Jack Bauer's lineage is more Bud White than Joe Friday – Judge Dredd with a Blackberry. 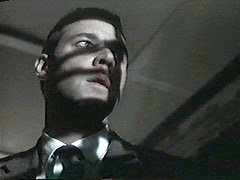 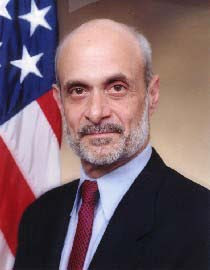 9/11 happened to a culture that had long before obliterated the barriers between consensus reality and the narrative delusions of technicolor media dreams. Consider the disturbing number of lawyers practicing today who were lured by "what's your movie" aspirations to realize their own inner Arnie Becker and Ally McBeal. Is it any surprise that our neoconservative sentinels and their dark dauphines enjoy spending their down time inside an action movie funhouse mirror of their day jobs? Celebrating situational nihilism as the dutiful resignation of the protective pater familias (the unappreciated Vietnam Vet meme never dies). How long before they start making cameo appearances? Or one of the taciturn mutual fund commercial terror-fighters gets recruited to head some bogus White House task force?

Skeptical that a pulp action TV serial could have a bona fide impact on public policy and its practitioners? Consider this intriguing lecture held last night at the University of Texas' Harry Ransom Center:

"Posnansky will discuss the ways in which Arthur Conan Doyle and Sherlock Holmes influenced American foreign policy for decades after Doyle’s death, and continue to do so. He will bring samples of original materials from his personal collection, including letters of Harry S. Truman and Franklin D. Roosevelt, that quote Holmes and discuss his strategies for pressing foreign concerns." 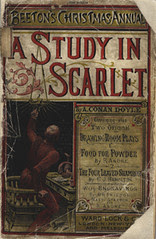 Any preference for Chertoff channeling Bauer versus FDR channeling Holmes?

Of course, Jack Bauer's raw and unlawful interrogation techniques are tame compared to the thinly disguised warporn at your local cineplex and Blockbuster outlet. Every few weeks brings a new torture-based shock thriller to amuse America's teens. Saw I-III, in which abductees are compelled to maim themselves to survive. Hostel, which envisions an underground torture club of paying tormentors and kidnapped victims in some corner of Slovakia that didn't make the latest "Let's Go." Turistas, The Descent, etc....these are not your brother's Reservoir Dogs. 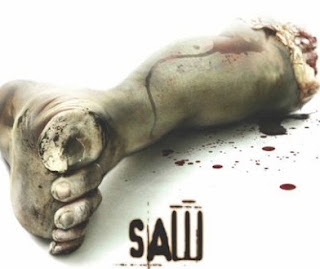 When a colleague at the day job last fall said her weekend plans as a suburban mom included hosting her daughter's 12th birthday party at a showing of Saw III, my incredulity was compounded by further investigations at the parental film guide Kids-in-Mind.com. Dig the accidentally Ballardian, clinical catalog of the film's suburban Abu Ghraib, invisible literature for an age of terror:

Roll over, Walt Disney. Time to turn on CNN for the latest beheading video. The news is a snuff film, and so is the matinee.

Postulate: When your nation is unleashing mayhem with remote control bombs on the other side of the planet and gurgling waterboards in the windowless buildings where no one can hear you scream, even though the resulting real-world carnage never appears on your dinnertime news feed or coffeetime front page, you know it's out there. It lurks in your subconscious, and needs to be processed. Pop culture provides a sugar-coated safety valve. Acted out in a waking dream, one where your filmic alter egos are both the victims and the perpetrators. In the gated cortex of the American mind, the motion lights flicker on after midnight, illuminating the lurking predators 'R us. Grab some buttered popcorn and a 48 ounce Diet Coke.

When the mainstream media mainlines warporn, one wonders what kinds of deeper moral crises this already-savage century is incubating in the minds of the world's adolescents. The imminent rise of the next generation will tell us whether this dark carnival of cathode ray mayhem is a prefatory Dionysian revel of 'obscene enjoyment,' or a more grounded ethical percolation designed to perform cultural C.P.R. on exhausted Christian aspirations for utopian love.
Posted by Christopher Brown at 8:33 AM

This was a really interesting article. I was thinking about this exact subject the day before I read this.

I have to disagree with you lumping The Descent in with the likes of Hostel and the Saw movies. The Descent is not torture porn, it is a survival film that operates on a series of mythical archetypes that are completely absent in Saw I-III or Hostel, orany of the other myriad of bad gore films that have graced our cinema screens for the plast four or so years. In fact, the Descent works on such a completely different storytelling level than the average gore film. The Descent is a movie of substance wearing the mask of a horror film.

paranoiajack: Fair comment. I'll take your word for it -- I'm reacting more to the film marketing. I will take a closer look. Any film about hot spelunking action is worth a close reading in my book!

Sugar-coated safety valves and warporn ... excellent stuff, excellent article.
I have never seen so much as a minute of '24' ... and now I know a brace of Cheneys sit around gawping at it, I think I never shall.
What is also disturbing about Hostel is the complete unawareness from the people involved of the country the film is ostensibly set in ... they clearly thought it was involved in the recent Balkan conflicts. Do your research, boys.