Bring on the cool nerds

In his introduction to Eileen Gunn's collection Stable Strategies, William Gibson, the Dr. Benway of grand masters, reflects on his yearning as a young writer for science fiction to be a next generation literary bohemia. I can relate to the search for a scene more indebted to the likes of Ballard, Burroughs and Delany than the rocket boys, and to the initial disappointment at finding it a challenge to sort out the kindred souls from the crowd at your local con's Saturday night costume show. Where are the beatniks of the fantastic? Why can't SF be the avant-garde? Where are the next generation Jonathan Lethems, the young writers who gravitate to science fiction because of the literary freedom to explore the rich, media-fueled kaleidoscope of contemporary consciousness in a way MFA program realism just does not?

Over at Writertopia, the hard-working Bill Katz has assembled a pretty good stable of just that: the virtual vitae of the hundred or so (!) writers eligible this year for the Campbell Award for best new science fiction author. A remarkable assembly of interesting people producing more interesting work, from slipstream to the hard stuff to electro-crackling avant-pop. Some I've encountered before, others are new, but they're all worth reading. Writers like: 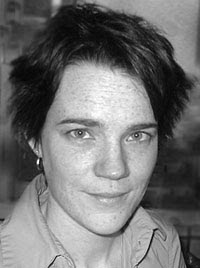 Haddayr Copley-Woods, who spelunks the fantastic territory lurking in the interstices of domestic life like a next generation Pamela Zoline. 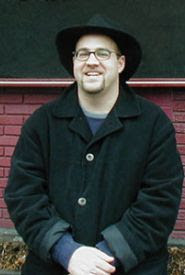 David Louis Edelman, whose postcyberpunk Infoquake is the imminent business thriller Richard Morgan wishes it could be.

Meghan McCarron, the suburban surrealist who sparked the Infernokrusher meme.

Kameron Hurley, with her two-fisted chick lit of the fantastic. 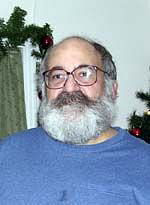 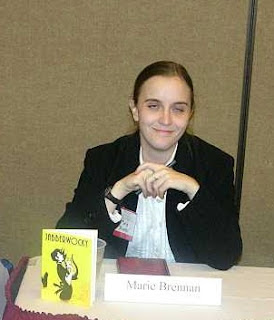 Marie Brennan, Harvard-trained anthropologist/folklorist putting her skills to work as a fantasist.

Too many, like Sunday brunch at a fabulist smorgasbord. Eugie Foster, E. Sedia, Bill Kte'pi, Kaolin Fire, Stephanie Burgis, and even outlying oddballs like yours truly. Writertopia's portal is an all you can read buffet, complete with its own weird Muzak. If you're eligible to vote, you've got until Sarurday night to submit your nominations. If not, grab some Jello salad and marshmallows from the line and see if it doesn't taste a little different this time, bursting with cool nerd fresh art flavor.
Posted by Christopher Brown at 8:07 AM