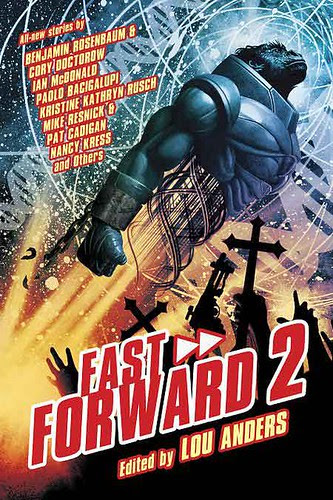 "Catherine Drewe" by two-time Hugo nominee Paul Cornell is a tale of a Bond-like character in an alternate history where the Great Game never ended and the British Empire - along with the other world powers - extends its reach throughout the solar system.

Paul says of the character, "I like to think I'm writing in the tradition of Ian Fleming's Bond novels (not the movies) but I'm trying to stay away from pastiche, and instead hope to explore the same debates about masculinity and Britishness he did, while perhaps coming to different conclusions."

Cornell does a very nice job of using all of his alt history space adventure baubles to bring into greater relief the warm dream of a damp green English Home, as in this nicely painted early transitional scene that rings true to anyone who has lived in Oxford:

Hamilton made his apologies to his host, and that night drove to Oxford in his motor carriage, a Morgan Sixty-Six. The purr of the electrical motor made him happy. Precision workings. Small mechanisms making the big ones tick over.

It was a clear run up St. Giles, but glancing at his watch, Hamilton knew he wasn’t going to make it in time for the start of the service. He tore down the Banbury Road, and slowed down at the last moment to make the turn into Parks, enjoying the spectacle of the Pitt Rivers, lit up with moving displays for some special exhibition. The Porters, in all their multitudes, ran out of their lodge as he cut the engine and sailed into the quad, but the sight of the Fourth Dragoons badge had them doffing their caps and applauding. After a few words of greeting had been exchanged, Loftus, the head porter, came out and swore at Hamilton in her usual friendly fashion, and had her people boost the carriage onto the gravel just beyond the lodge.

Cornell also has a wonderful gift for drawing kinetic action with words on paper, as in this wonderful scene:

Hamilton detected something urgent in her voice, something he’d heard in the moments before other situations had got rough. This was no setback, no sighing pause.

He crumpled his cover into the darkness of his mind.

He slammed his palm against the wall beside her head.

But she put up a hand and he stopped.

He let out his Irish accent. “You’ve got a problem, Miss Drewe,” he said.

She considered that for a moment.

He smelt the edge of the ceramic knife as it split molecules an inch from his eye.

He flathanded the wrist of her knife hand into the wall, his other hand catching the gun she’d pulled at his stomach, his finger squashing hers into firing it point-blank into the bodyguard. His face exploded and he fell and Hamilton ripped aside the weapon and threw it.

There was a shout from behind.

Hamilton grabbed the Webley Collapsar 2 mm handgun from the folded dimensions in his chest, spun into firing stance, and blasted a miniature black hole into the skull of a Russian officer, sending the man’s brains flying into another universe.

He spun back to catch Drewe pulling another device from her boot.

He grabbed her wrist.

He knew intuitively how to snap her neck from this posture.

In moments, the gunfire would bring many soldiers running. Killing the overseer had compromised Hamilton’s mission but slightly. It was still something that a Russian assassin might do, to give his cover credibility. He had completed half his mission now.

But why had she pulled that, instead of something to kill him with?

He looked into her eyes.

“Do what you were going to do,” said Hamilton.

Drewe threw the device at the overseer’s body, grabbed Hamilton, and heaved him with her through the rock wall.


Check it out. And then go buy yourself a copy! 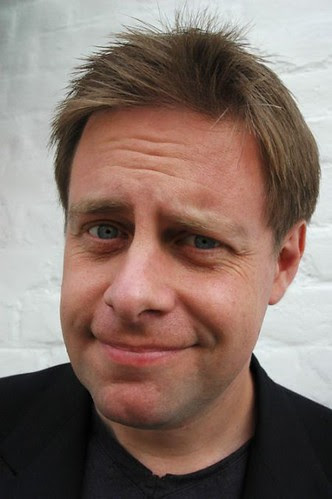 Update: SF Signal now has the full text of Lou's introduction to the book available online.
Posted by Christopher Brown at 8:24 AM