Legends of the West 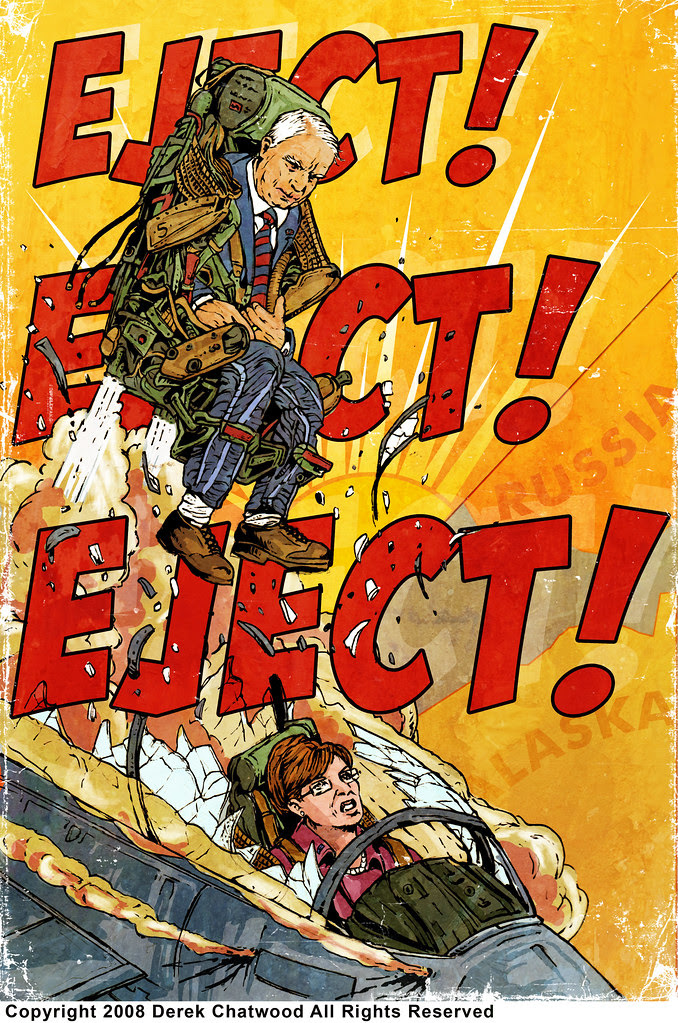 When Governor Palin entered the conference room, it was already full. She was confused. Steve Schmidt, John McCain's Campaign Manager, sat Sarah down. The room grew quiet. He just said it straight out, and told her McCain left. Palin looked confused. Steve told her that McCain didn't think it was going well for him, with the recent setbacks. His last act of unpredictable impulse, was to bolt. He was holed up in one of his Sedona ranches, his Secret Service detail dismissed and sent away. He wasn't coming back. Steve looked at Sarah, and asked her what they should do.

"Those things that we stand for that we can be put to good use for a force for good. Consummate maverick." Sarah said, looking confused. Steve agreed with her, that they would have to contact the RNC right away and contact republican congressional leaders as well as the Attorney General, and hash out what the proper steps were for a candidate replacement this late in the race. Tucker Eskew, McCain's campaign advisor, told Sarah he was on it, and moved to a corner of the room with his blackberry, hands a blur.

"Joe six pack, hockey moms, Todd, in great state of Alaska, you betcha." Palin blurted, confused. The other Tucker, McCain's spokesman, nodded. A comprehensive media plan would be critical in the next few hours, he agreed, and he was getting something together for her.

Appearing confused, Sarah continued. "Maverick maverick. Maverick maverick, maverick, and also." Steve looked at Lieberman, who nodded. He told her That was absolutely correct; those articles of the Constitution are crucial to their next decision, and he agreed with her interpretation of the 7th and 14th amendments. Joe told her if that's what she wanted to do, he thought they would be on firm legal ground. Steve nodded.

"In the great state that I am the executive of, tap into that surge that is working. Drill Baby Drill!" Sarah said loudly, with much confusion. Steve jumped up from the couch, clapped his hands, and told everyone to get going. He reminded everyone that they've got less than four hours to find a new VP candidate, clear it with the RNC, get congressional approval, and constitutional cover. "Todd Bristol Trig Track, kitchen table, Putin rears his head," Sarah added, confused. Thankful of the reminder, Steve added that they have to have the whole thing wrapped in a big bow for a cross-media branding launch, internet, cable and print. He then told everyone they had their orders, let's get it done.

The room quickly emptied. Palin sat alone, confused. She said quietly to herself, "I can see Russia," winked, remembered she couldn't see herself wink, and sighed. 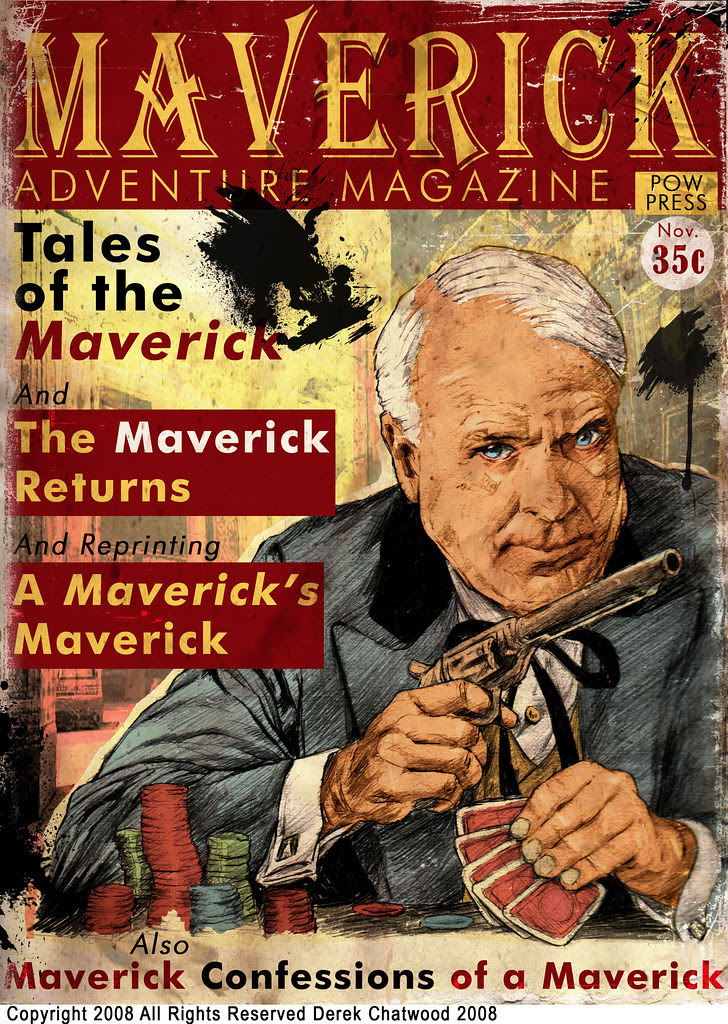 Aww, c'mon guys. I want to be "Maverick". McCain was cranky. His Secret Service detail gave him a list of codenames, and he didn't like any of them. Why can't I be "Maverick"?

Agent Donovan fidgeted. He didn't like being on a subject's bad side. But sometimes it had to be done, and he was lead agent. Sorry sir, he started. Codenames can't be reused. And as it happens, Tom Cruise spent considerable time doing charity work for Bush Sr. in the 90s. He uh. He was "Maverick".

Silence. McCain was thinking. or Stewing. After a period of silence that Agent Donovan hadn't yet determined was deep concentration or senior confusion, McCain offered, ok fine. How about "POW"? That should be easy to remember. I say it often enough. Sorry sir, Donovan said. We can't use letters for names, it takes too long to say. I'm afraid you're going to have to go with one of our options, sir. McCain squinted, red appearing where veins should be on his face. Ok, he gritted. What are they?

Ahem. Well sir, ok. We need something instantly descriptive, that all agents can quickly picture as you in any situation. So. um. We suggest "Septegenarian". Or "Old Man". Or "Not Palin".

Ok, come on. McCain said, shaking. That is simply not fair. I'm not that old.

What? Why "Carrie", Mccain asked.

Well, sir. You seem to have sort of um. A multiple personality. Sometimes you say you believe one thing, and then you say or do another. Often. Donovan looked skyward.

Look, McCain said, loudly. You have to understand my position. I'm being pulled in a lot of different directions. The evangelicals want this, the moderates want that. I can't always hold onto my strict views and positions.

I understand, Donovan said. I think I know what to do. Command, Donovan said clearly, into his sleeve. This is Agent Donovan. I have a go for Candidate McCain's codename. 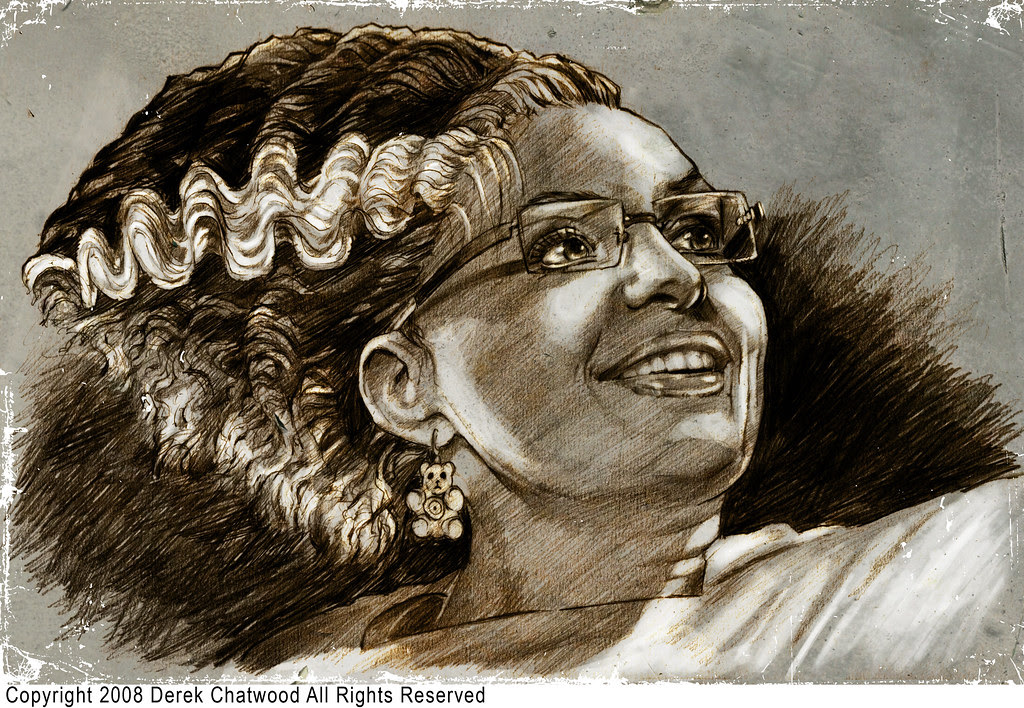 Oh geez, McCain wheezed. Have you guys seen this one? She didn't give back the money. The "Bridge to Nowhere"? We have her doing the "maverick" thing and saying she canceled the bridge project, but she kept the $320 million and just used it for other stuff. How is that "fighting pork-barrel spending", exactly? McCain paced around their temporary command center, a kindergarten classroom.

His aides fidgeted in their tiny chairs. They tried to explain that it no longer mattered. Their bungled vetting, one embarrassing revelation after another, was no longer their priority.

No longer a priority?! McCain fumed, waving his arms as high as they would go. How are a pattern of actions that are the opposite of our platform, not a priority? How are beliefs that are so outside of the mainstream, even our mainstream, not a priority? Abstinence-only education? How do we sell that as a positive when her own daughter shows how ridiculous it is? Book banning? Since when is banning books part of our platform?

The aides looked at each other. The one who drew the short crayon stood. Palin is more popular than you, sir, she said hesitantly. If you haven't noticed, we kept her with you on the campaign trail all week, instead of letting her go solo. That's because no one was showing up to your events. And thousands were asking about hers. There's uh, there's talk about flipping the ticket.

Flipping the what? McCain asked. How is that.. what?

Yes sir, the aide continued. Turns out, she's very cutthroat and crazy ambitious. She's been talking to senior party people, making her case. She feels her newfound popularity would give the party a better chance at winning, and that you're just bringing the campaign down. And they're listening. Apparently there's some old rule that can be invoked.

Speechless, McCain sank down into his very tiny chair, and felt very old.