Is it time for Recess?!

For the folks who have been pounding away at Adbusters for years, the current crisis is a golden opportunity. Heck, they are even inclined to take credit:

Strike, Collapse, Rethink
A general consumption strike is behind the coming economic collapse. Culturejammers must use this opportunity to usher in a new world.

For years, culturejammers have been warning that the logic of capitalism is unsustainable and that sooner or later a system based on limitless, ever expanding consumption will fail. Not content to merely whine, we embarked on social campaigns, such as Buy Nothing Day and TV Turnoff Week, to demonstrate that a decrease in consumption means an increase in the enjoyment of life. And we witnessed, with growing satisfaction, that each year our movement grew — until even the mass media could no longer ignore our advances.

Taking the lessons of Buy Nothing Day one step further, many culturejammers began advocating a General Consumption Strike as the appropriate tool for reshaping the basis of our economies. Two years ago, Paul Ariès wrote the Manifesto For General Consumption Strike. In his manifesto, Paul called for a collective refusal to be consumers that would contrast the “bulimic economic logic with the goal of living with less goods but with more relationships”. ...

The manifesto circulated widely: it was printed in the pages of Adbusters, emailed to friends and discussed in cafes. And now, at the brink of an economic collapse, increasing numbers are joining the Consumption Strike. Already our actions are having profound consequences. The New York Times reports that consumer spending is down sharply, the first quarterly decline in two decades link and that consumer borrowing fell for the first time in a decade. And according to the Wall Street Journal our general decrease in consumption is putting retailers out of business and pushing mall vacancy rates to their highest level in seven years.

The mass media would like to write off the widespread decrease in consumer spending as uncoordinated fear and irrational behavior, but the truth is that there is a growing movement behind this conscious consumption decrease, and we won’t stop saving our money until the whole system is rethought.

Ours is not a purely nihilistic campaign, we do not revel in economic collapse out of spite but instead because we believe that only after an economic decline will it be possible to bring about the necessary changes to capitalism that will assure a sustainable future. We are also taking steps to insure that the money we save by decreasing our consumption goes to organizing mutual aid societies that will provide services to our needy compatriots.

To join the General Consumption Strike is easy: spend less, live more. Consider doing without your high-speed internet, cell phone service, beer or wine, restaurants, gasoline, new clothes, fancy electronics and tourism. Think of the money you will save, the fewer hours you’ll need to work, and the more time you’ll have to live. Tell your friends that you are consciously taking part in the General Consumption Strike and prepare yourself for the moment of truth: when the corporations will fall and the local communities will thrive. But beware, as Paul Ariès warns, “the system will react. It will use blackmail with employment, it will threaten with firing; the shopkeepers will cut prices and manipulate consumers.” Stay strong, this is a once in a hundred year opportunity!

It is an interesting perspective, to suggest that the global financial meltdown is in fact healthy, a failure of an exhausted system that will produce positive social change. And that, perhaps, a suspension of the dromological intensity of contemporary life for those of us plugged into the warp of capitalism at hyperspeed might actually produce an improvement in quality of life — even if our 401(k) portfolios and our dreams of a future leisure, living out perfectly coupled and pharmaeutically prolonged lives walking together on the beach by our summer home like the couples on those Cialis commercials, have vanished in an enveloping abyss of Nietzschian uncertainty. While I am not sure I think the folks at Adbusters have a coherent prescription, I do share their sense that this moment of widespread cultural crisis and imminent radical change represents an exciting opportunity to try to improve our lives. In an essay earlier this year for Timmi Duchamp and Eileen Gunn's Wiscon Chronicles, I tried to articulate my own take on the latent revolutionary impulses simmering in the psychic super-soup of the Spectacle and evident in pop cultural product like Adbusters, The Matrix, Fight Club, V for Vendetta:

Who does not yearn, in this age of War and Prozac, for the end of the alienation that characterizes life in the industrialized West? And who does not feel essentially helpless to enact any change, a prisoner of their own physical and aesthetic comforts?

In The German Ideology, Marx describes a fully realized communist society (with all the social scientific certainty of Fourier) as one in which the division of labor has been obliterated and replaced with total freedom as to how one expends the productive energies of adult life. In this paradise where all passions are expressed with vocational worth, “it is possible for me to do one thing today and another tomorrow, to hunt in the morning, fish in the afternoon, rear cattle in the evening, criticize after dinner, just as I have a mind, without ever becoming hunter, fisherman, shepherd or critic.” A dream that today’s pampered proletariat of hyper-specialized knowledge workers chases in the form of Fidelity-funded and Viagra-assisted healthy, wealthy retirement. 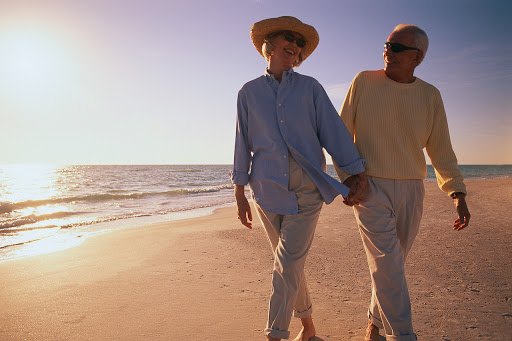 The ubiquitous ads showing happy and free silver-haired couples walking at leisure are ample evidence. Our society already is based on the dream of the liberation from work, as anyone who has worked for stock options or bought a Power Ball ticket can attest. But one in which that freedom is a rarely dispensed reward for those who win the game through competition and chance, providing a baiting mirage for the toiling grey-collar masses who aren’t so lucky. And, of course, the freedom to golf, or to enjoy the golden years at leisure, is not as existentially promising as the freedom to be productively engaged in socially beneficial self-expression throughout adulthood—to live a life that has broader meaning and worth than its quantified contribution to capital. Though wizened grown-ups may accept the Churchillian aphorism that our system is the worst one except for the known alternatives, why shouldn’t we keep striving towards undiscovered improvements in the collective happiness? Perhaps not so much radical political change, as a regime change of our collective consciousness? When you learn that your mind dedicates an individual neuron to the recognition of each celebrity, you can’t help but want to wipe some of it clean.

In his first published short story, "Prima Belladonna," J.G. Ballard envisioned a languorous near future society of people exploring the interiors of their own consciousness “during the Recess, that world slump of boredom, lethargy and high summer which carried us all so blissfully through ten unforgettable years.” Maybe it's finally coming. What are you going to do with the opportunity?

Posted by Christopher Brown at 8:02 AM