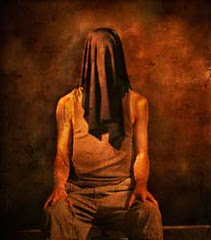 In the "why am I not surprised?" department, comes this off the front page of today's NYT:

WASHINGTON, Oct. 3 — When the Justice Department publicly declared torture “abhorrent” in a legal opinion in December 2004, the Bush administration appeared to have abandoned its assertion of nearly unlimited presidential authority to order brutal interrogations.

But soon after Alberto R. Gonzales’s arrival as attorney general in February 2005, the Justice Department issued another opinion, this one in secret. It was a very different document, according to officials briefed on it, an expansive endorsement of the harshest interrogation techniques ever used by the Central Intelligence Agency.

The new opinion, the officials said, for the first time provided explicit authorization to barrage terror suspects with a combination of painful physical and psychological tactics, including head-slapping, simulated drowning and frigid temperatures.

I look forward to the appearance of the original document in glorious PDF. If you haven't read them, the previously released (and apparently kinder gentler) memos are masterpieces of invisible literature for the new century. 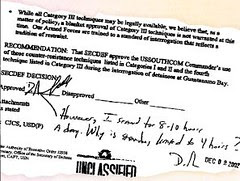 My favorite highlight when I first read this was Rummy's hand-written annotation of his approval in the winter of 2002 of new "Counter-Resistance Techniques": "Approved -- However, I stand 8-10 hours a day. Why is standing limited to 4 hours? D.R." Nothing like a little dry wit, SECDEF style, to lighten up those lawyer memos.

Now, if you really want to go deep in on this stuff, you need to read the KUBARK Manual of Counterintelligence Interrogation, which may qualify as the Necronomicon of the Episcopal Inquistion. Written in 1963, declassified in 1997, reportedly still used as a core source by the illuminated. My personal favorite on this menu: 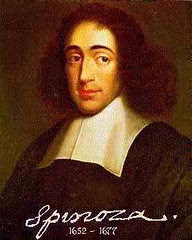 'If there is reason to suspect that a withholding source possesses useful counterintelligence information but has not had access to the upper reaches of the target organizations, the policy and command level, continued questioning about lofty topics that the source knows nothing about may pave the way for the extraction of information at lower levels. The interrogatee is asked about KGB policy, for example: the relation of the service to its government, its liaison arrangements, etc., etc. His complaints that he knows nothing of such matters are met by flat insistence that he does know, he would have to know, that even the most stupid men in his position know. Communist interrogators who used this tactic against American POW's coupled it with punishment for "don't know" responses -- typically by forcing the prisoner to stand at attention until he gave some positive response. After the process had been continued long enough, the source was asked a question to which he did know the answer. Numbers of Americans have mentioned "...the tremendous feeling of relief you get when he finally asks you something you can answer." One said, "I know it seems strange now, but I was positively grateful to them when they switched to a topic I knew something about."' 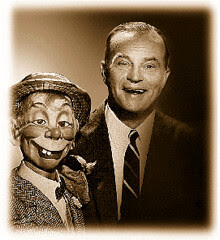